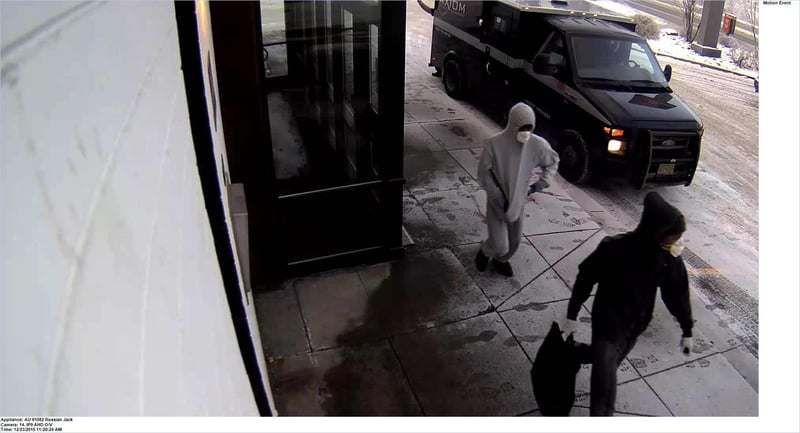 The Anchorage Police Department and the Federal Bureau of Investigation are looking into a robbery that occurred outside the Debarr Road Wells Fargo in East Anchorage Wednesday morning.

Two armed males robbed an armored Axiom vehicle parked outside the bank, according to Oistad.

“Two subjects approached the rear of the armored car displaying handguns and robbed the armored car of an undisclosed amount of cash,” the FBI said in a statement. “The two subjects left on foot behind the bank towards Kelly Circle.”

No one was hurt during the robbery, Oistad said.

The FBI and APD are continuing their investigation into the incident. Anyone with information on the robbery or the identification of the two suspects is asked to call the FBI at 907-276-4441 or APD at 907-786-8900.