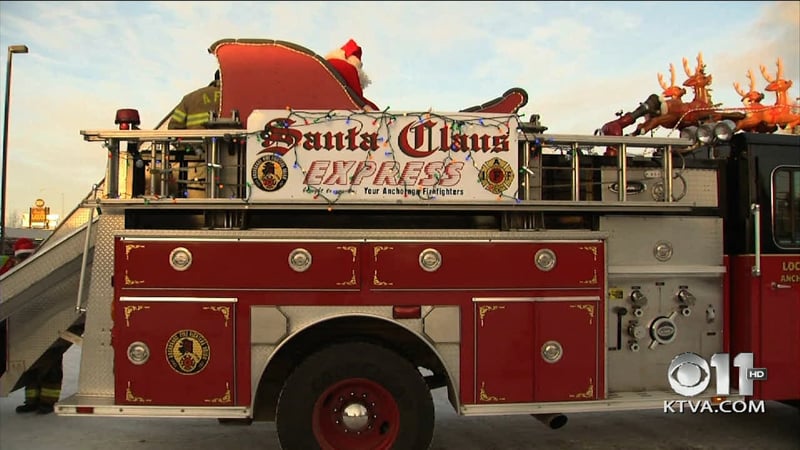 Usually we think of Santa Claus arriving on a sled to hand out his goodies, but there’s a Santa in town who gets around on a different kind of ride. That Santa drives a fire truck that’s been nicknamed the Santa Claus Express.

Anchorage firefighter Lex Patten explained the Santa program has been operating since the 1970’s. A few years back, the firefighters union purchased a retired fire truck, turned it into Santa’s ride and took over the program.

It’s a custom rig with a sleigh on the top for Santa and nine plastic reindeer, including Rudolf. There’s even a slide for children to ride down once they’ve had a visit with the jolly old man.

On Wednesday, Santa and his fire truck showed up at the Safe Harbor Inn in Muldoon. The Inn provides transitional housing for homeless families until they are able to move out on their own. Children there had plenty of wishes they shared with Santa.

One man said his children understand that any presents under the tree probably won’t be coming from him. But he said he’s grateful for this program and others in the community that make sure people in need are not forgotten.