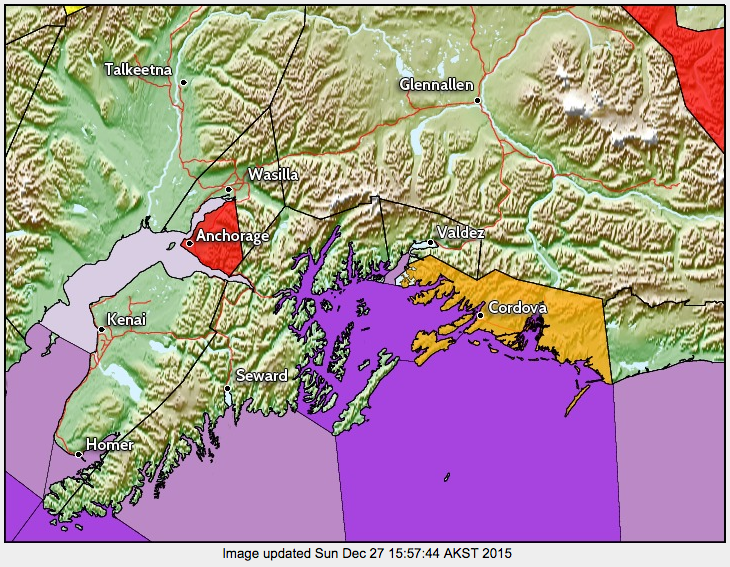 The Anchorage Office of Emergency Management has issued a high wind warning that goes into effect at 11 p.m. Sunday night and lasts until noon on Monday.

Areas along the Turnagain Arm and at higher elevations in Anchorage will be affected the most, according to a statement from OEM. Winds in those areas are expected to increase to 65 to 80 mph and peak overnight.

The warning is listed as severe, meaning it is considered a “significant threat to life and property.”

Winds are expected to remain “dangerously high” through Monday, according to OEM. They should die down by Monday afternoon.

Travel will be difficult in the affected areas. Trees may be blown over and loose debris can move and damage property, so OEM officials have recommended securing loose items in yards and driveways.