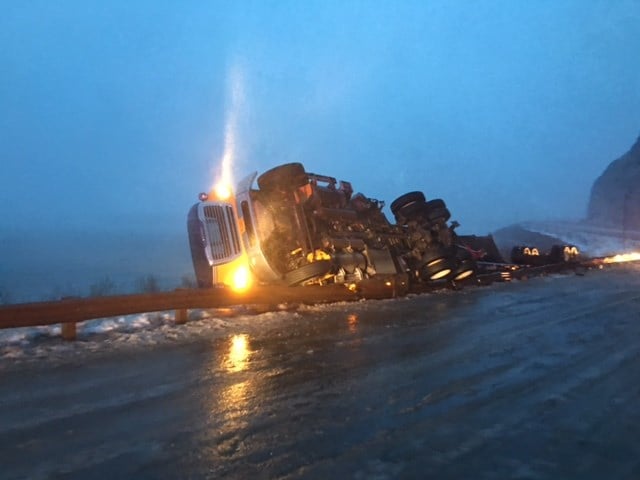 The Portage Glacier Road and the Anton Anderson Memorial Tunnel were reopened shortly before 4 p.m., according to the Alaska Department of Transportation & Public Facilities.

Both were closed for most of Monday morning and afternoon because of extremely high winds.

Access to the Anton Anderson Memorial Tunnel into and out of Whittier remains closed until further notice due to high winds, according to the Alaska Department of Transportation & Public Facilities.

“The tunnel will remain closed until winds subside, and the road is cleared for traffic,” DOT wrote in the release Monday morning.

Additionally, Portage Glacier Rd. between the Seward Hwy. and the Whittier Access Rd. is closed, according to the Alaska 511 website.

Three semi trailers were blown off the road as a result of the high winds, which reached 90 mph Monday, according to Jill Reese with AKDOT.

Megan Peters, spokesperson for the Alaska State Troopers, confirmed that at least two semis had blown off the road, and added, “Both drivers appear to be okay.”

The one lane tunnel provides the only road access into and out of Whittier, a small community of roughly 200 people.

Motorists may call 511 to receive updates on the tunnel’s status.