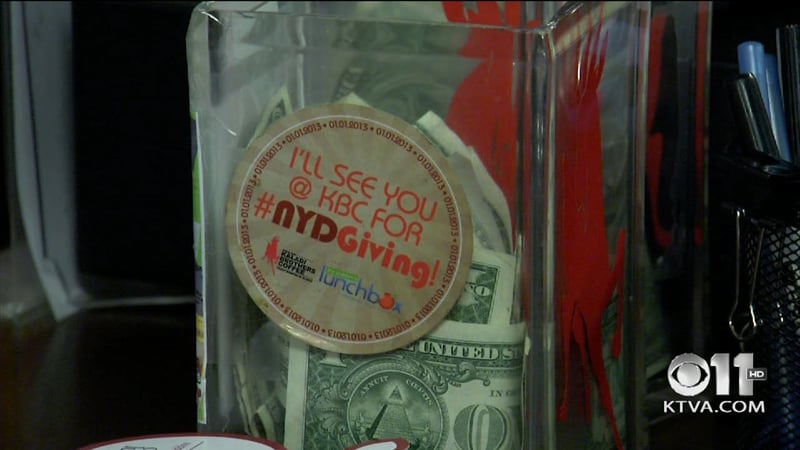 On New Year’s Day, Kaladi Brothers employees will work for tips only, and donate 100 percent of proceeds from sales to The Children’s Lunchbox — a program run by Bean’s Café dedicated to feeding hungry children in Anchorage.

It’s a 25-year tradition for the coffee company. Each year, employees choose a cause to support. As the recipient this year, The Children’s Lunchbox hopes to raise over $100,000 on Friday.

“It means a tremendous amount and it will go very far in our new endeavors in the 2016 year, including our new facility for The Children’s Lunchbox and expand their kitchen,” said Mary Sullivan, a development manager for Bean’s Café and The Children’s Lunchbox. “And that ultimately means more hungry kids get fed.”

“We know many parents skip meals in order to feed their kids, and they’re making difficult choices between buying groceries and paying the rent,” Sullivan said. “We don’t want them to have to make that choice.”

This year, the Rasmuson Foundation and GCI, along with several other businesses have vowed to match all money raised Friday.

Editor’s note: KTVA is owned by Denali Media Holdings, a subsidiary of GCI.