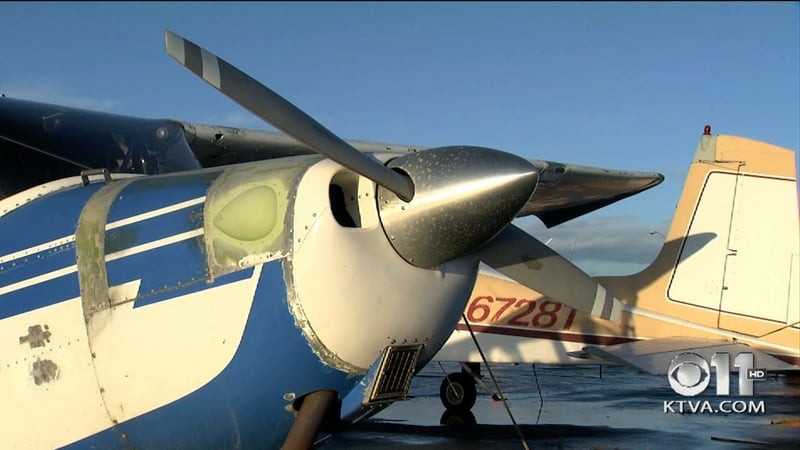 There are still many questions surrounding the deadly plane crash in downtown Anchorage Tuesday morning. Many are wondering how pilot Douglas Demarest gained access to a plane he wasn’t authorized to fly.

The Civil Air Patrol plane went down around 6:30 a.m. Tuesday morning. It clipped one office building before crashing into another.

Demarest died in the crash. He was a pilot for the Civil Air Patrol, but the organization said he had not gone through the standard flight authorization process.

On any flight during normal hours, a pilot has to check in with the tower before departing, but Demarest took off before the tower was staffed.

“If it’s prior to or outside of the normal operating hours of the tower, you normally would call on a common traffic advisory frequency, CTAF, and announce your intentions, your call sign and your intentions and depart,” said Merrill Field manager Paul Bowers.

It’s not clear if Demarest announced his take off over CTAF. It’s also unclear how he accessed the Cessna he flew.

Bowers said there is a gated security fence. He said they change the code periodically, but acknowledged there are a lot of people who need to know it.

The Civil Air Patrol wouldn’t tell KTVA if their hangar is locked or where Demarest got the key to the plane he took.

The FBI said the investigation is on-going but said they would not have any updates for two weeks. In the meantime, many are left wondering why Demarest took the plane without authorization, how exactly he gained access and if his flight path was tracked on radar.