FRANKLYWNOW - What is the Civil Air Patrol? An inside look at the organization

What is the Civil Air Patrol? An inside look at the organization’s role 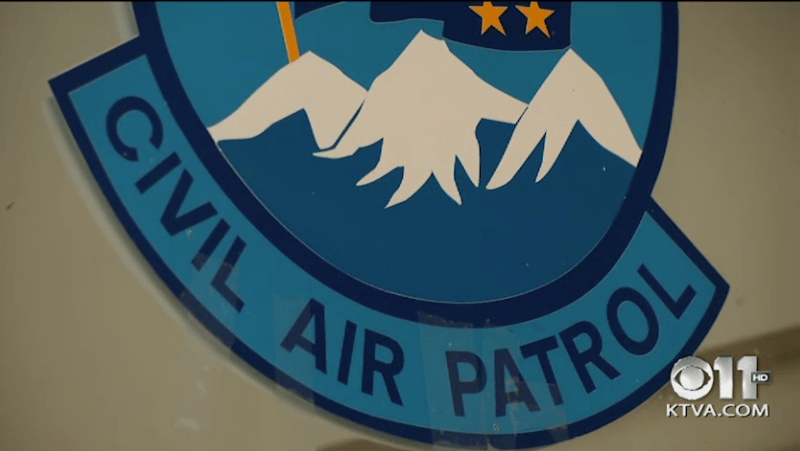 The pilot, 42-year-old Doug Demarest, was a member of the Civil Air Patrol (CAP). The organization said he was not authorized fly the plane he took from Merrill Field that morning.

Since the crash, many people have wondered what exactly the Civil Air Patrol does.

Cadet 2nd Lt. Jennifer Ohlund said she was destined to be in the Civil Air Patrol; both of her parents were members.

“I’ve been in the program for six and a half years,” said Ohlund. “The biggest thing for me is it teaches us how to lead responsible lives.”

“They’re putting their gear together for an activity we’re doing for the holiday,” she explained as the cadets stuffed their packs full with warm weather gear.

More than 50 cadets, ages 12 to 16, from around the country are in Anchorage for the week-long training on Joint Base Elmendorf-Richardson.

“I don’t know how to describe the opportunities we get to shape these young people into responsible and future leaders of our country, of our world,” said Ohlund. “This is the generation that’s going to change our world.”

In addition to the youth programs, the CAP’s main priority is to help with emergency services.

“Sometimes in remote places it’s really the eyes in the skies. We can help find where some of these missing people or planes are [located],” said Capt. Bryan Emerson.

“In 2014 for instance we were credited with saving over 50 lives mainly from downed airplanes and such that we had helped find,” Emerson said.

Around the country, the non-profit organization has more than 600,000 members with 350 senior members and 180 cadets in Alaska.

Emerson said people don’t need to be pilots to join the patrol, but the must have a clean record and pass an FBI fingerprint check.

The Civil Air Patrol’s third goal is to provide aerospace education for the cadets.

“It’s basically learning more about aviation, what’s going on, the future of it and [to] help us prepare as a country for an aviation future we can all be proud of,” Emerson explained.

CAP operates 14 hangars across Alaska, including the one at Merrill Field. It has 28 aircraft and three gliders. Emerson said the organization is going to lose five DeHavilland DHC-2 Beaver floatplanes due to budget cuts.

“We’re starting to see where there’s a window opening up that we’re going to need future pilots to take over,” Sammons said.

He said there are countless opportunities for the cadets to find careers in aviation in Alaska, whether it’s flying for a commercial airline or working for a cargo company or the military.

“With unmanned aerial systems, drones, coming out they’re going to need people who have an awareness of it and how it affects the bigger picture, both their community and the country as a whole,” he added.

The post What is the Civil Air Patrol? An inside look at the organization’s role appeared first on KTVA 11.