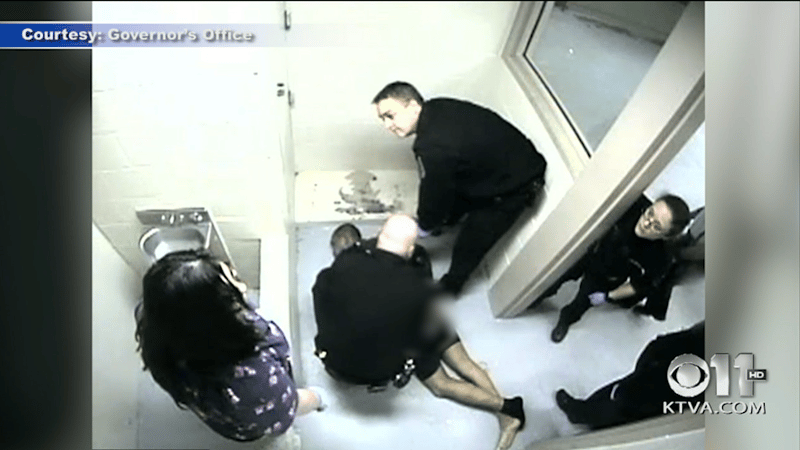 New video released Wednesday shows the final moments before an inmate’s death at the Anchorage Correctional Complex nearly a year ago. Larry Kobuk’s death is one of four that were investigated after a number of deaths in the state’s correction system.

Kobuk was arrested January 27, 2015 for vehicle theft and eluding police. His family gave Gov. Bill Walker, who called for the investigation, their blessing to release it.

However, correctional staff removed his clothing before they checked to see if he was breathing, then left him alone in the cell with his underwear pulled down while they got help.

The investigation found correctional staff should have had a search warrant before they cut off Kobuk’s clothing, that the level of force they used didn’t match the situation and that they didn’t do a personnel investigation after his death.

The investigation also noted that when Kobuk was admitted into the jail, he told a nurse he had a heart condition and that an “inmate with a reported heart condition might warrant decreased force.”

The DOC review found outdated procedures, lax consequence for staff misconduct and troubling treatment of inmates in corrections facilities across the state.

The investigator is working with the family of Joseph Murphy to get their blessing before the fourth and final video in the investigation is released.