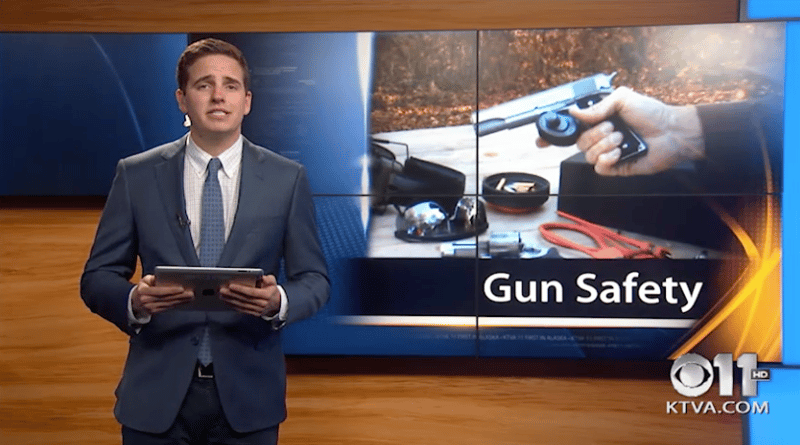 In a Midtown Anchorage doctor’s office, a 3-year-old boy is getting stitches removed from his finger. But he didn’t hurt himself in an innocent playground accident, he shot himself while playing with a gun at his home.

The doctor operating, Dr. Monique Child, says she has seen “multiple cases of children getting hurt” by guns recently.

In August, a 3-year-old boy shot and killed himself with a gun he found in his home. The same happened to a 4-year-old boy in Bethel late last month.

On Tuesday, a mother and daughter were fatally shot inside their South Anchorage home. A 15-year-old boy is APD’s only suspect and Troopers say they found a gun in his vehicle when they arrested him.

She said the safest option for parents is to have no gun in the home at all.

“When you actually look at the facts, it’s really clear that guns in the home are dangerous,” said Dr. Child. “They are incredibly not likely to keep you safe.”

Her opinion likely differs from the many gun owners in Alaska, including gun safety instructor Mike Rawalt. Still, he agrees with Dr. Child that educating children and keeping weapons in a safe place are the best ways to protect kids.

“As a gun owner, you’re responsible to make sure unauthorized people don’t have access to your firearms,” said Rawalt.

He said the first step new gun owners should take is learning how to handle and safely store their weapon.

“It has to be secured somewhere, [even if] it’s new and they haven’t shot it,” said Rawalt.

In Alaska, one must be 18 years old to purchase a gun. However, younger people can legally possess rifles and shotguns.