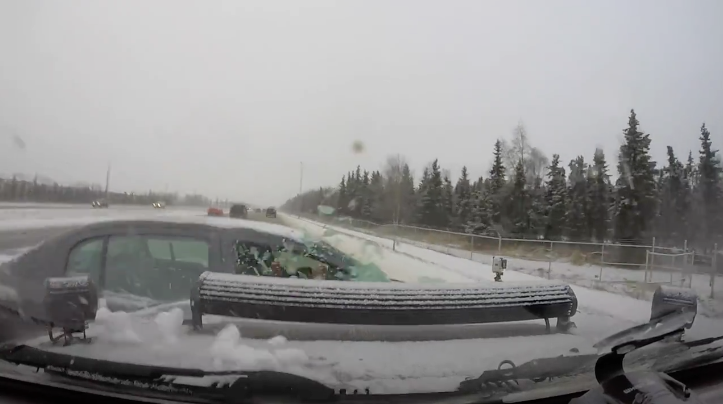 The Anchorage Police Department is warning drivers to use caution while “extreme slick road conditions” continue.

“We’ve been saying it a lot lately – and that’s because road conditions haven’t improved much with the weather – but please be advised of extreme slick road conditions,” police said in a statement Tuesday

APD spokeswoman Jennifer Castro said police had responded to more than 30 crashes before 3 p.m. Tuesday, not including an additional six crashes where at least one person was injured. Twenty-six other vehicles were “in distress,” according to Castro, meaning they required assistance before continuing their travels.

“There aren’t any specific areas of issue; we are responding to accidents all over town,” police said.

We recommend that you slow down, drive with caution, and keep enough distance between your vehicle and the vehicle in front of you.”

Anchorage resident Xiong Nu said he was in a crash on the Glenn Highway Tuesday he believes was due to icy conditions. In the video below, his vehicle can be seen striking a smaller car that appears to have lost control, crossing into Nu’s lane.

“This is also for a good reminder for folks to check their blind spot, I felt like that was the cause of this accident, driver switching lane too quick,” Nu said of the collision.

Nu said no one was injured in that crash.