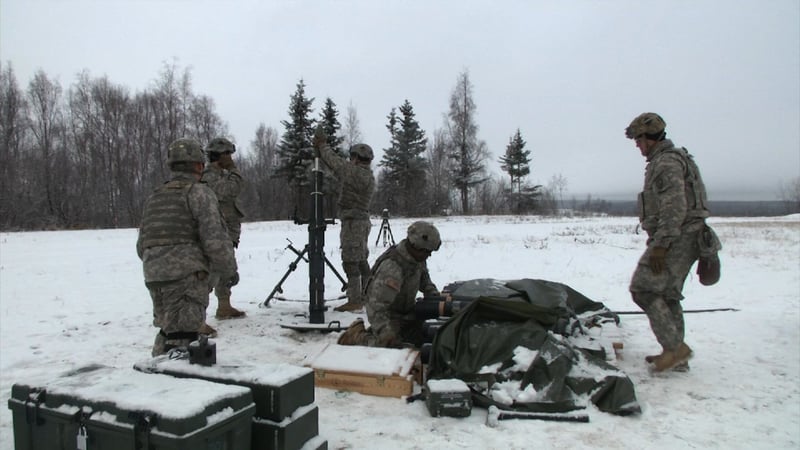 People living near Joint Base Elmendorf-Richardson may have heard some loud noises coming from the area this past week. Soldiers are conducting live mortar and artillery exercises as part of a bi-annual certification.

“If we’re in an environment where we’re facing an enemy, that we’re doing all the right steps to make sure our guys stay safe and we’re bringing the mortar rounds to the enemy,” explained Mike Van Sickle, the battalion mortar platoon leader.

The Upper Cole training area on JBER can only be used in the winter when the mortar impact area is frozen solid. During summer months troops travel to the Interior for the drills.

Media Relations Chief John Pennell said residents will hear the artillery training through the night. Soldiers are preparing for a real life combat situation when enemy fire could come at any time.

“It could be at two o’clock in the morning it could be at noon. To give them the realistic training they deserve to prepare them for future operations we have to play along those rules,” Pennell said.

For the soldiers, the exercise is a chance to see their preparation pay off.

“This is the enjoyable part of the job. All the training you do behind the scenes — seeing it, doing it live, doing what you’re trained to do,” Sickle said.

Pennell asks base neighbors to bear with the noise for a few more days because the drill is important to ensure soldiers are ready whenever they’re needed.