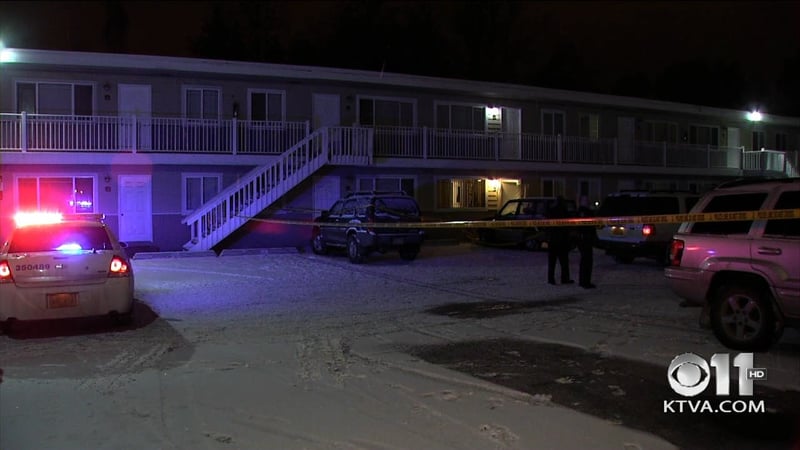 On Tuesday just after 7 p.m., two Anchorage police officers responded to an apartment complex on the 600 block of 32nd Avenue for a disturbance call.

When they arrived, they encountered a man wielding a knife. He was fatally shot by at least one of the officers. APD Chief Chris Tolley said alcohol was likely a factor in the incident.

“I heard four rapid shots,” said Mike Sweet, who lives in an apartment unit on the other side of the complex from the man who was shot.

“There were two officers, one on either side of the door. [One] had his pistol drawn and they were yelling at the occupants inside,” Sweet said.

He said he has heard gunshots from inside his home before, but never so close. Sweet said a couple lived in the apartment unit where the man was killed. He described them as a middle-aged man and woman.

One resident, who did not want to be identified, told KTVA the pair was seen smoking cigarettes outside their apartment just a few hours before the shooting.

“They were very fast. It’s very difficult to deliver shots that fast that are accurate,” he said. “Whoever was shooting, I knew they were afraid for their life. They were defending themselves against something that was lethal.”

The two officers involved are on leave while APD investigates. Their names are scheduled to be released Friday.