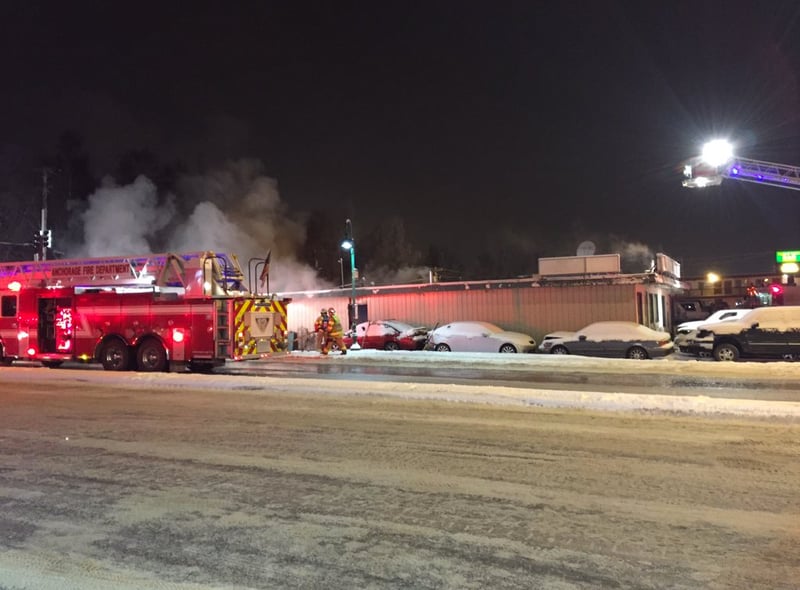 Ten cars and an auto shop burned in an early morning fire near International Airport Road and Arctic Boulevard, causing a nearby bar to be evacuated.

The Anchorage Fire Department responded to the report of a fire around 2 a.m. Friday. Fire crews were able to contain the fire in about 10 minutes. Portions of both streets were temporarily closed.

Witnesses said they heard a booming noise before it happened.

AFD is investigating the fire as an arson, according to Anchorage police spokeswoman Renee Oistad, adding that someone at the scene was “in handcuffs but they were not ultimately charged at that time and was let go.”

“It was initially thought he was responsible for setting the fire but, after further investigation, there was not enough probable cause to press charges at that time,” Oistad said in an email.

The building has considerable damage, authorities say. The cause of the fire is still under investigation.