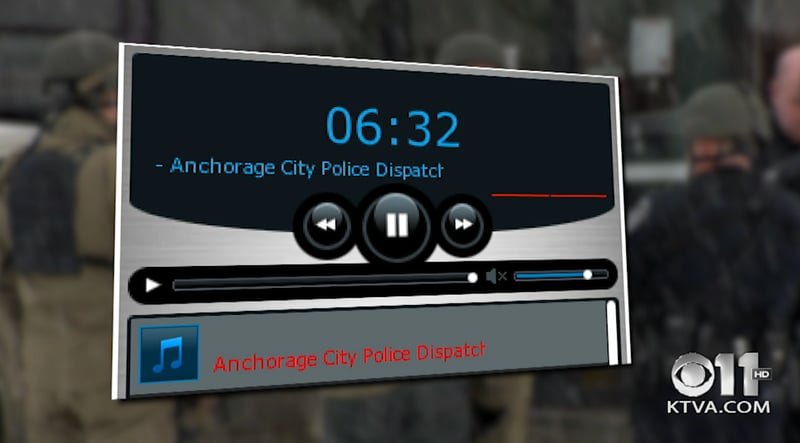 The Anchorage Police Department’s public scanner feed has been silent for 57 hours, as of 10 p.m. Thursday night. APD turned it off Tuesday after a string of armed robberies — five in just two days.

APD is calling it a spike in crime. The department turned off its public scanners, worried that the criminals are listening in.

The silence is upsetting the thousands of people in the “scanner community,” who say they have a right to know what’s going on. But Dr. Allan Barnes, professor of criminology at the University of Anchorage Alaska — who is also a former cop — says he understands the decision. He adds the digital age could be to blame.

“The technology is such that you can carry a police scanner here,” he said, pulling out his iPhone. “I can stick it in my pocket and listen to it while I’m walking around.”

While the community uses the scanners, sometimes on our phones, as a tool to know where news is happening, Barnes says they can be just as helpful to criminals. APD told KTVA officers have arrested a suspect while he had his phone out listening to their scanner traffic.

“We just don’t want to give any advantage for them to know our movements — where we’re at, what we’re up to and what we’re strategizing, as far as who these people are and where we can find them,” said APD spokeswoman Jennifer Castro.

Police aren’t legally required to broadcast their scanners. APD says they do it to engage the public. The challenge is balancing public safety with transparency, Barnes says.

“Today’s technology makes that whole, ‘How are we going to use this, and is this going to be for good or for bad?’ a lot harder to nail down,” said Barnes.

APD says the scanners are suspended temporarily but haven’t said yet when they’ll turn them back on.

So far, they haven’t made any arrests in the robberies.