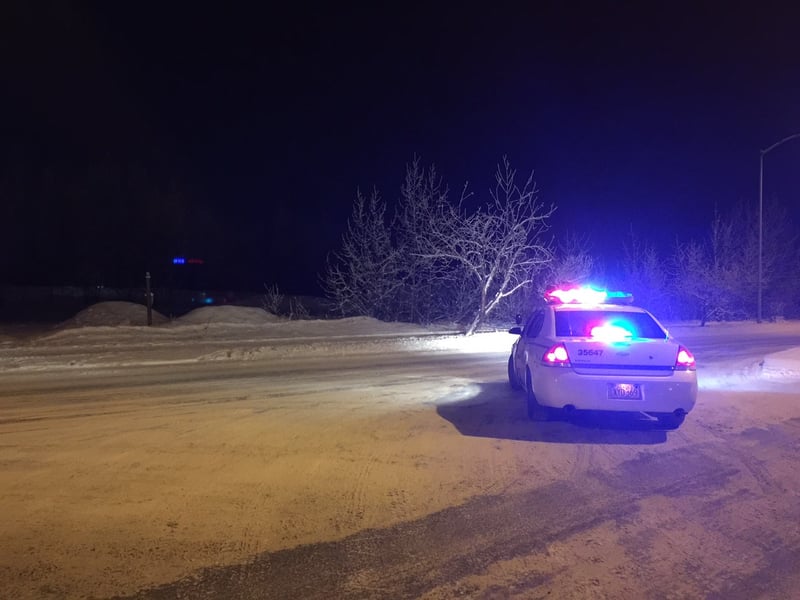 Anchorage police have suspended their “K9 track” of a suspected car thief near the Penland Parkway trailer court, according to an updated online release. No further details regarding the search were immediately given.

The suspect is believed to be armed and has not been captured.

Police are actively searching for a suspected car thief near an East Anchorage trailer park. They believe he may be armed and are urging residents to stay inside until further notice.

According to an alert sent out Friday evening, police tried to pull over a vehicle at Bragaw St. and Penland Pkwy around 5:40 p.m. Friday. The driver jumped out of the car and took off on foot into the Penland Parkway trailer park.

Police found a full gun magazine inside the stolen vehicle. A sweatshirt and empty gun holster were later discovered, apparently dumped by the suspect after he took off on foot, police wrote.

The suspect is described by police as a “skinny black male” and is believed to be in the area of the Penland Parkway trailer park. Police and K9 unites are currently searching the area.

If you live in the area and see someone run through your yard, police ask that you stay inside and call APD at 786-8900.