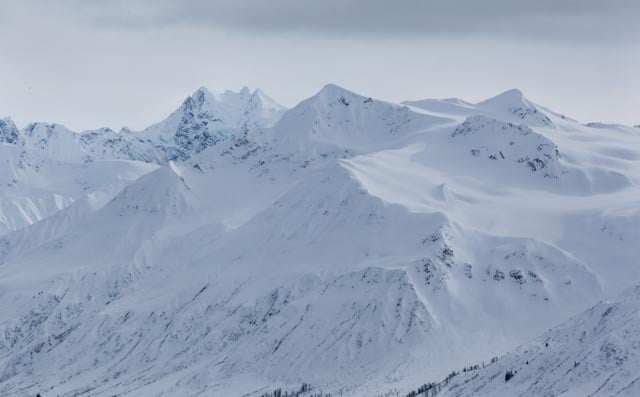 Alaska State Troopers have confirmed at least one person died Saturday afternoon after being buried in an avalanche just east of the Summit Lake area of Hatcher Pass Road.

AST spokeswoman Megan Peters said troopers were notified of the avalanche at 2:16 p.m. National Park Service personnel responded to the area with troopers.

Troopers said a witness saw a snowboarder overtaken by the avalanche. A search was conducted and the victim, 25-year-old Warren Carlyle of Anchorage, was found under six to eight feet of snow.

At least 15 people – including people on snow machines who saw the avalanche – worked to find Carlyle, according to Alaska State Parks Chief Ranger Dan Amyot.

“They were able to locate the individual after probing the most likely areas and proceeded to dig him out, which took probably about an hour,” Amyot said.

After getting Carlyle out of the snow, rescuers performed CPR while they transported him to Hatcher Pass Lodge.

“They were not able to resuscitate him,” Amyot said.

The State Medical Examiner’s officer responded to the lodge to claim the body, according to troopers.

Carlyle’s next of kin has been notified.

Rangers advise anyone planning to go into the backcountry to check conditions before they leave.

“There’s still a potential for avalanches up there,” Amyot said. “There’re pockets [of snow] in certain areas that still have weak layers underneath.”

Carlyle was not wearing an avalanche beacon, authorities confirmed.

This is the second avalanche death near Hatcher Pass in less than a week. Last Sunday, Anchorage man Dashiell “Dash” Erickson was killed while snow machining in the same area.