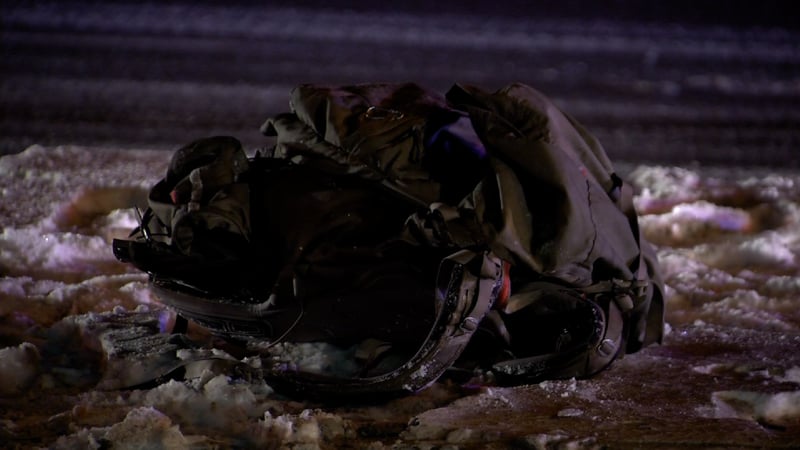 ANCHORAGE — Anchorage police have charged 34-year-old Lance Hobson with manslaughter and driving under the influence in connection with the death of Edmund Onalik.

Onalik was taken to a local hospital, and died two hours later from his injuries, according to police.

Police said they were looking for the pickup truck involved in the collision. The driver left the scene shortly after police arrived but before they could get their statement. The driver has since contacted the police.

While Hobson was charged Sunday evening, police would not confirm details about their investigation, stating in an email Monday:

We’re still determining who was driving and what vehicles were involved and what role everyone played in the collision. Investigators are working to determine what the actual set of circumstances were that led up to this collision. And when those facts are determined, we can provide that information to the public.

Hobson was arraigned Tuesday afternoon, and while his bail was initially $10,000 with a third party custodian, the presiding judge increased bail to $100,000 as Hobson was considered a flight risk and has an extensive criminal history.

Anchorage police have identified the man killed in Sunday’s crash near the corner of 15th Avenue and Ingra Street as 60-year-old Edmund Kenneth Onalik. Police say his next of kin have been notified.

Police said they were still trying to work out the details of the investigation, including whether there were more vehicles involved.

“We’re still determining who was driving and what vehicles were involved and what role everyone played in the collision,” APD spokeswoman Jennifer Castro said in an email.

The Anchorage Police Department is in Fairview at the scene of a collision involving a pedestrian.

Police said the collision occurred just after 5 p.m. near the intersection of 15th Avenue and Ingra Street. Police said the male pedestrian was critically injured in the crash. Two prosthetic legs were one the ground amidst the debris of the crash.

A witness interviewed by police said he performed CPR on the victim after the crash and was able to briefly revive them. Mike Mincks told KTVA the victim “went under” again, but medical personnel who arrived on scene were able to resuscitate the victim. The witness said when the victim was taken away from the crash scene, they were alive.

“His eyes never opened, he never really regained consciousness… but he got a pulse back and he made some movement, and that’s when I stopped doing compressions,” Mincks said.

Police said the man later died as a result of his injuries. His identity is being withheld until his family can be notified.

Witnesses at the scene said the driver of the vehicle involved fled the scene on foot immediately following the crash. Police have detained two individuals at the scene, but no arrests have been made.

Eastbound lanes of 15th Avenue heading towards the intersection with Ingra are closed, as are all lanes of 15th between Ingra and Karluk Street, police confirmed. The Major Collision Ivestigation Unit is on scene and conducting an investigation. The road reopened after 11 p.m. Sunday.

Editor’s note: An earlier version of this story stated the victim was riding a bicycle. Police have since issued a correction to that fact.