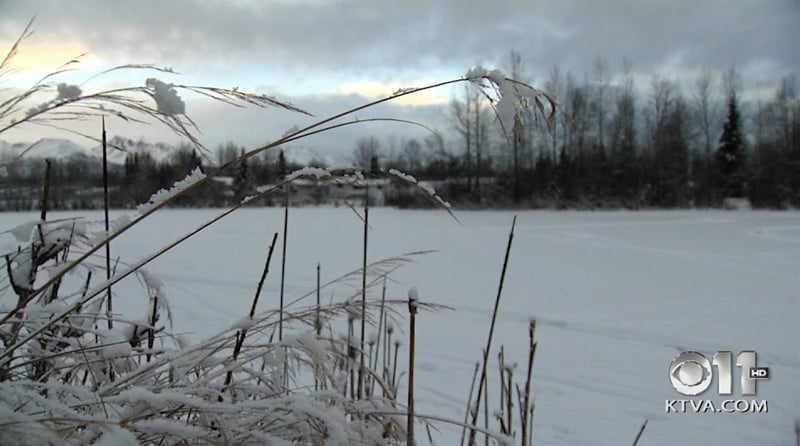 It’s been a long battle for Alaskans in midtown who want to see Waldron Lake protected from new development. But in December, the Anchorage Assembly voted to use $3.9 million in state funds to buy the 17 acres.

Now that Waldron Lake is owned by the Municipality of Anchorage, there’s just one more step to make it official. Assembly Chair Dick Traini has introduced an ordinance to make it a permanent park.

“I live a stones throw from here, and so I’m in the neighborhood, and this is a really important piece of property,” Jeffrey Bannish told KTVA while out on a walk with his dog, Naani.

Bannish and many others in the Tudor Area community were worried the open space would turn into condos when the Boys and Girls Club had to sell it back in 2011 due to tough economic times.

“Look at New York City. You got this place called Central Park. I mean there’s a lot of people that probably would like to put up hotels on that, but people there find it valuable,” said Bannish. “We’ve got Central Park here, we’ve got it in other parks all across this great town. We need to keep them.”

Neighborhood activist Cherie Northon led the battle to make sure the 17 acres would belong to the people of Anchorage forever. Five years later, she says it was worth it. She also created the Facebook page “Save Waldron Lake.”

“I wanted to document the usage of it by the fire department for their ice rescues, dog clubs, soccer teams, wildlife, the fish, the birds, everything that lives there and keep that in the public’s eye,” said Northon.

Once the muni recognizes the land as a permanent park, it will continue to be home to wildlife and nature’s beauty in every season, said Bannish.

“That’s why I moved here. I moved here 30 years ago and I moved here, not because I thought I was going to make a lot of money, but because I knew I could live the life I wanted to,” said Bannish. “It’s quality of life. A lot of us Alaskans are here for that reason.”

It’s a reason they say was and is worth fighting for.

Northon said she’s also hoping to get the park dedicated in the near future.

Originally, the Boys and Girls Club was going to be responsible for maintaining the park. Instead, the sale agreement paid $500,000 back to the muni to cover maintenance and improvement.

The post Anchorage Assembly to vote on last step to make Lake Waldron a permanent park appeared first on KTVA 11.