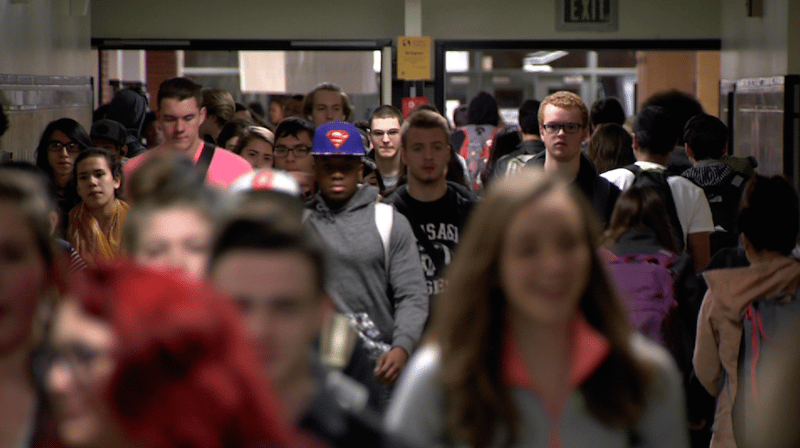 Among the sea of students roaming the hallways of West High School are teenagers from various cultures and backgrounds.

West, along with East High School and Bartlett High School, lead the nation as most diverse. A look at the demographics shows that minority students make up more than 50 percent of the Anchorage School District’s 48,000 students.

Susan Schmidt, executive director of ASD’s Human Relations Staffing and Operations, called each student “the heart and soul of our district.” Equally important, she noted, are the educators who teach them. But ASD’s demographics show that about 75 percent of the district’s workforce is white.

“And then you look at our student demographics and you’ll notice how incredibly diverse our student body is,” Schmidt said.

Noting those numbers, ASD has upped its recruitment efforts to ensure ASD’s workforce mirrors its student body. It starts with what Schmidt called growing their own — funneling Anchorage students into local universities, like University of Alaska Anchorage and Alaska Pacific University, by offering college credit while they’re in high school.

“Getting those core classes, if you can, out of the way… so they could theoretically graduate with college credit,” Schmidt explained. “Because they’re University of Alaska credits, those students then, theoretically, would go to UAA.”

A 2002 state economic trends report predicted, “Alaska will face challenges attracting and retaining a well-educated workforce.” ASD is hoping to buck that trend with homegrown talent.

“What we’ve found is the retention rates after five years are much greater with people who have grown up here, who are educated here, rather than folks who come from out of state,” Schmidt said.

Along with ASD’s other recruitment efforts — a new recruitment web page and targeted job fairs in the Lower 48 with an emphasis on diversity — Schmidt said ASD hopes this plan will chart a new course toward diversity in the district’s workforce, giving students more of a representation of themselves in the classroom and around the hallways.

“Anytime you have that diverse culture, it adds a richness to the environment — whether it’s a school district, whether it’s an oil company,” Schmidt said. “Any kind of diversity, you have a better product.”