FRANKLYWNOW - Behind the scenes at APD dispatch

Behind the scenes at APD dispatch 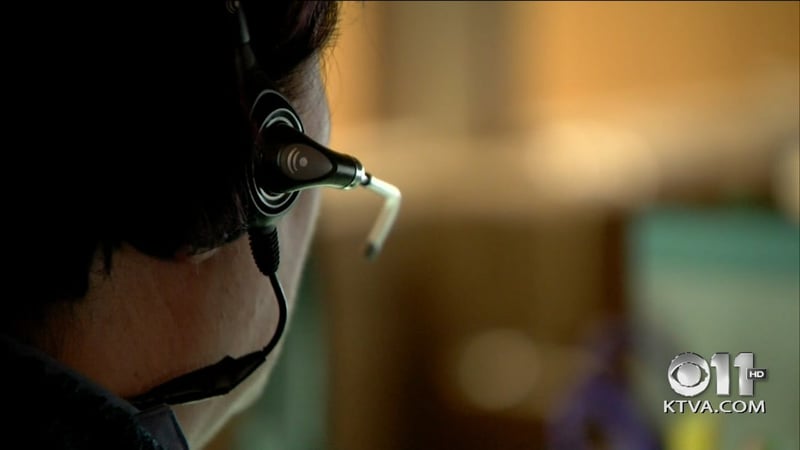 Dispatchers at the Anchorage Police Department often talk to people having the worst day of their life. They may have lost someone close to them or had their home destroyed by a fire. But some calls are more serious than others.

“We get everything, from the person who complains about how their food was served to them at the fast food place, to [a] baby not breathing,” said Karen Kurtz, who has been a dispatcher at APD for 25 years.

In a dark room at police headquarters, all of the 911 calls made in the municipality are answered. In some cases, those taking the call there transfer the caller to the fire department or troopers. Often times, however, the call is handled by APD, who sometimes can have as few as 24 patrol officers on the street.

Kurtz said that can be particularly challenging during the busiest times of year, like when there is a full moon.

“You will know it’s a full moon without ever looking at the sky or the calendar,” she said. “There’s just something about how it affects people. Believe it or not, when we see super moons, it winds people up even higher.”

The dispatch center is quiet even while the team handles multiple calls from around the city — including a car theft, a search of a robbery suspect and a neighborhood dispute involving a machete. Kurtz said it’s important to stay calm regardless of the situation at hand.

“If you panic, then you’re doing [the caller] a total disservice,” she said. “As long as you take a deep breath and follow your training, you’re going to help them.”

Technology allows dispatchers to track your approximate location, but Kurtz said it isn’t 100 percent accurate. That’s why APD recommends you be as specific as possible when describing your location when you call 911.

“Ultimately, technology always fails us when we need it the most. And so we’re telling people don’t count on it,” she said.

The emotional toll of the work can be taxing, but Kurtz said it’s also an incredibly rewarding career.

“You get to be challenged with literally every call you answer,” she said.

The post Behind the scenes at APD dispatch appeared first on KTVA 11.