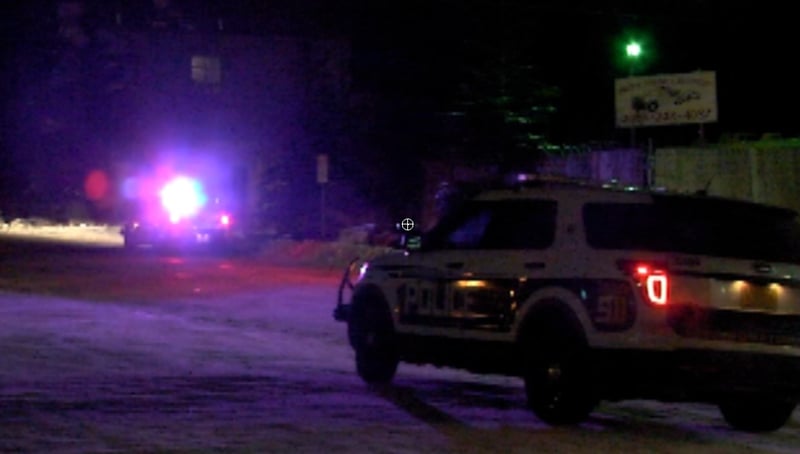 Police are investigating a shooting that occurred at a towing company near Old Seward Highway and Dowling Road.

Police were called to Fred’s Towing and Recovery at 641 E. 57th Place just after 7:30 p.m. Saturday night. An employee was shot in the leg by a male suspect and exchanged gunfire with the person outside the shop. The employee is expected to live.

Police said the business has been having problems with thefts from their yard recently, so the employee was in the office after hours to keep an eye on the place.

The suspect is described as being 6-feet-3inches tall, weighing roughly 200 pounds. He was wearing a gray hoody and dark pants.

Police don’t know if the suspect was hit in the gunfire. They searched the area with K-9 units, but the suspect is still on the loose.

Anyone with information on the shooting is asked to call Anchorage police at 786-8900.

The post Man shot in leg at tow company near Old Seward and Dowling appeared first on KTVA 11.