FRANKLYWNOW - Survivors of ’64 quake: ‘Most people lost everything’

Survivors of ’64 quake: ‘Most people lost everything’ 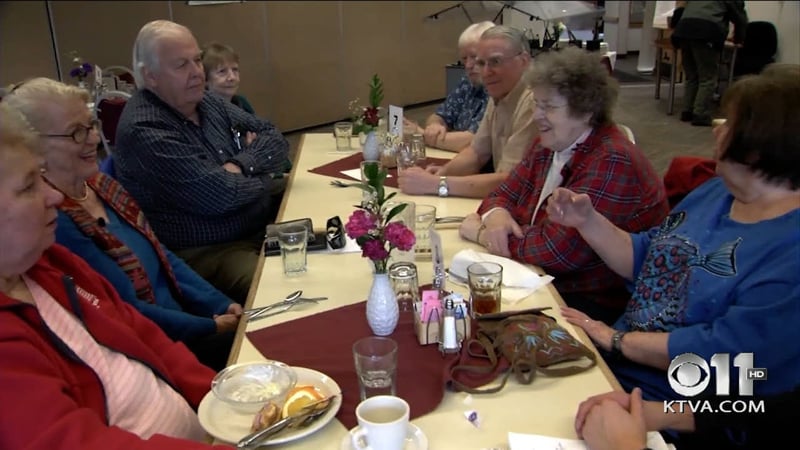 Most people living in southcentral Alaska felt Sunday’s earthquake for about 30 seconds — nine times shorter than the Good Friday Earthquake of 1964. A 9.2 on the Richter scale, that quake was the second most powerful ever recorded on earth. It released at least 100 times more energy than Sunday’s shaker.

“The noise was horrific,” said Karel Atkinson, who was in her 20’s during the quake.

The earthquake and the tsunamis that followed killed more than 130 people. Most of the fatalities were in coastal Alaskan towns like Valdez, Seward and Portage.

“The hardest part, I think, was afterwards laying in bed and listening to the radio and hearing everything that happened,” Atkinson said.

The violent shaking decimated much of downtown Anchorage and a landslide destroyed 75 homes in the Turnagain neighborhood.

“Everything in the house was a mess,” Atkinson said. “I’m sure for all of us who lived here, the story is about the same.”

Some people left after a significant aftershock hit Anchorage a few days following the quake. But Atkinson said most people did what they could to continue life as normal.

“If you love Alaska, you stay through it all,” she said.

Those who endured the ’64 quake said Sunday’s event can’t compare. However, it was the strongest one they had felt in the 52 years since the “big one.”

“I wanted it to stop,” Atkinson said.

Despite the tragedy of the Good Friday Earthquake, it gave some Alaskans a new perspective on life.

“Most people lost everything they had. But they had each other. They had family,” Atkinson said.

The post Survivors of ’64 quake: ‘Most people lost everything’ appeared first on KTVA 11.