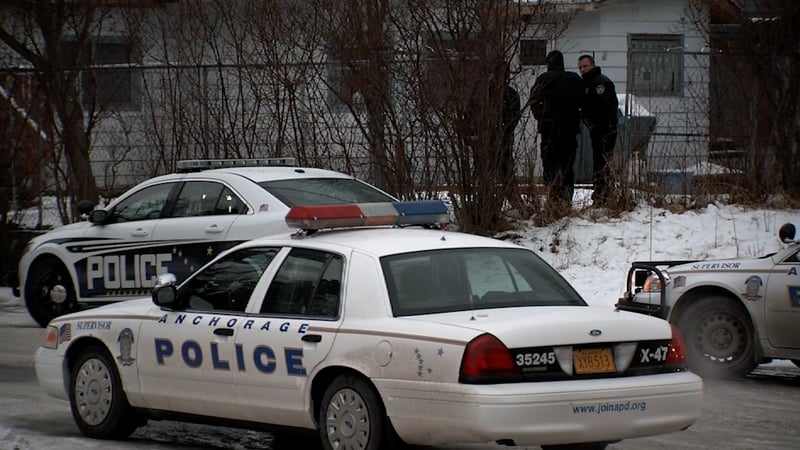 An hours-long standoff between police and a man armed with knives has ended, police say. During the standoff, O’Malley Road was closed along the 4400 block.

The Anchorage Police Department responded to the area just after 6 a.m. Wednesday morning after an O’Malley resident reported seeing a white sedan dragging a male beside it, according to APD spokeswoman Jennifer Castro. She said they were informed the male let go of the vehicle, which took off.

Police later found the sedan near the police station and spoke with the driver, a woman who said the male had assaulted her at a home on O’Malley. Police went to speak with the man at the home, but when they arrived, he “came outside armed with knives and was shouting at police to leave,” according to Castro.

“There were moments he would come outside, start shouting things, and then go back inside, making statements that he intended to do harm to himself,” Castro explained. “At some point, he actually came out and started approaching officers with knives. They had a K9 on leash at that point, as well as used some less lethal rounds and shot at him in that direction. He retreated back inside.”

Castro said they also deployed gas into the home in an attempt to flush him out, but it didn’t have the desired effect. She said roughly 30 minutes later, the man, identified as 28-year-old Peter Anasogak, exited the home with “a knife in his neck that appeared to be self-inflicted.”

Medics were at the scene and took him to a nearby hospital, where he was treated for his injury, which Castro described as “critical but not life-threatening.”

Anasogak had a felony warrant for his arrest. He also now faces misdemeanor charges relating to the domestic violence assault.

Nearby O’Malley Elementary School was not put on lockdown or stay put mode, according to a statement issued by the school. However, recess was held indoors as a precaution. The school said students would be released at their normal time without extra measures in place.