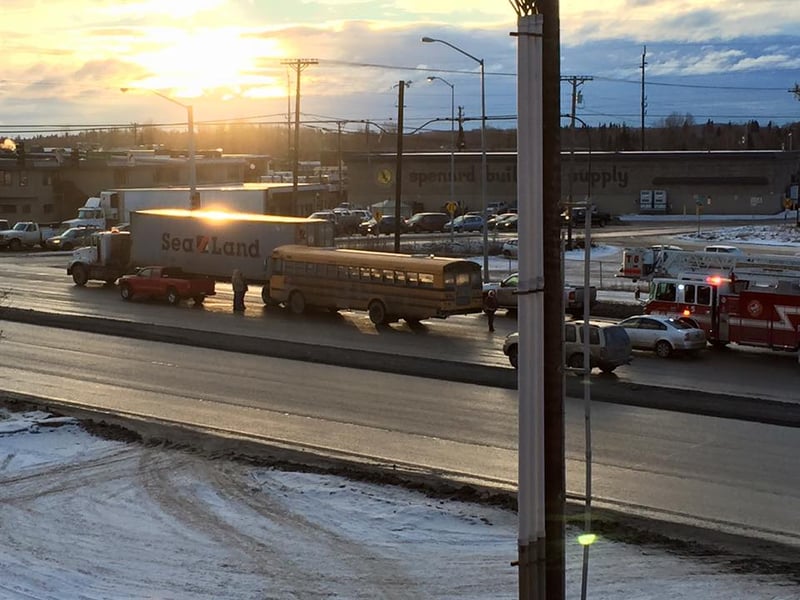 An Anchorage School District bus carrying students was involved in a minor collision near the intersection of Tudor Road and Minnesota Drive after the bus driver suffered a “medical emergency.”

Three vehicles were involved in the crash, which occurred shortly after 4 p.m. Police said only the bus driver and another driver involved suffered any injuries in the crash. The other driver’s injuries were minor, according to police spokeswoman Renee Oistad.

Oistad said the collision appears to have been caused by the driver briefly losing consciousness as a result of her medical emergency. A small pickup truck, the bus and a semi-truck were involved and temporarily blocking the left and middle lanes of Minnesota Drive.

Oistad said she did not have information on the school the bus serves, but noted the driver would not be transporting the students further. She said another driver would likely be called to the scene while the original driver was treated.

Drivers heading southbound on Minnesota Drive should expect delays while police are at the scene of the crash.