FRANKLYWNOW - Volunteers aim to connect the homeless to success

Volunteers aim to connect the homeless to success 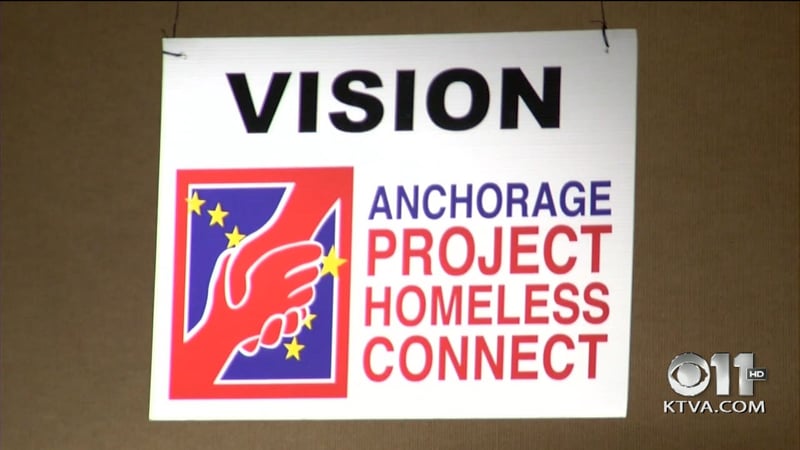 Long nights and cold temperatures make the winter months feel longer in Anchorage. It’s particularly true for those who do not have a permanent place to stay.

Mayor Ethan Berkowitz said tackling homelessness is a key objective of his administration. On Wednesday, the Anchorage Coalition to End Homelessness (of which the municipality is a part) hosted Project Homeless Connect. The purpose of the project was to allow people in need of resources to access multiple services in one location.

The basement of the William A. Egan Civic and Convention Center was filled with booths advertising services like free cancer screenings and reading glasses. One of the most popular services offered was free haircuts.

“It’s one of those things that restores some sense of personal pride,” said Carmen Wenger, the coalition’s director.

Wenger said about 700 people typically attend Project Homeless Connect, but this year, the number may have been slightly lower because of the relatively warm weather.

Some people attending the event only recently became homeless; others haven’t had a permanent place to stay in years.

Like many people at the Egan Center Wednesday, she has spent the last few months bouncing from shelter to shelter. It was her first year attending the event.

“It’s awesome that the homeless people get to have services like this to make them feel wanted,” Joe said.

Organizers said the event was designed to enable people to get help in a judgment-free environment.

“Treating people with dignity and respect is one of the ways that it empowers them to make those choices for themselves,” Wenger said.

Joe, a mother of four, said Project Homeless Connect helped her get one small step closer to achieving her dream of becoming a chef.

Wenger said at least 200 volunteers participated in the project, which is now in its 14th year.

Another portion of the day was spent participating in Point In Time, a national effort to count the number of homeless people living in American cities. The results of the count will be officially published in May.

The post Volunteers aim to connect the homeless to success appeared first on KTVA 11.