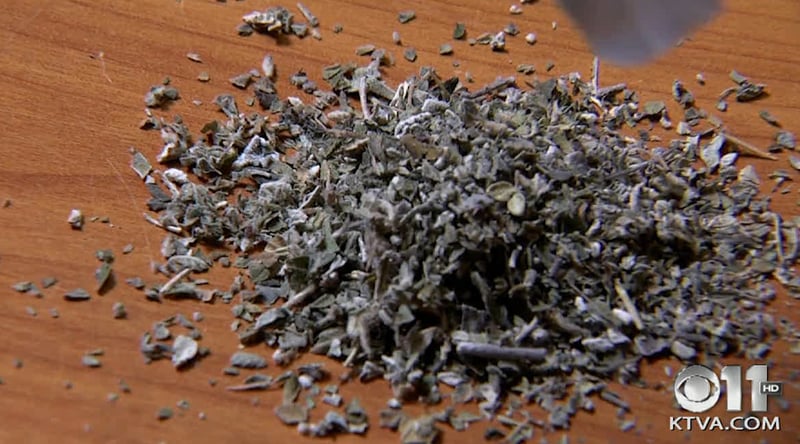 Between July and November of last year, Anchorage police responded to 872 spice calls. The drug has been particularly devastating to the city’s homeless community. But it’s also popular among truck drivers, the military and workers on the Slope. On Thursday, Mayor Ethan Berkowitz and members of the law enforcement and homeless communities met to discuss ways to stem the city’s spice issue.

“It’s not just a law enforcement problem,” said the mayor. Representatives from APD also said the community should share the responsibility of defeating spice.

“The only way you’re going to beat any drug problem is getting the community together,” said Sgt. Jack Carson with APD. He was one of several people leading discussions on spice Thursday. He said there are hundreds of types of spice, otherwise known as synthetic marijuana, cheaply available on the Internet. The variety makes the drug difficult to track.

Since November 10 of last year, those caught using spice face up to 90 days in prison and a $2,000 fine — significantly more than the previous $500 fee. Lisa Sauder, executive director of Bean’s Cafe, said changing the laws is only part of the battle.

“We have to address the underlying issue which is addiction,” said Sauder. “As long as we don’t have adequate space for detox and treatment in Alaska, we will continue to have problems,” she added.

Carson said spice has become increasingly popular in Anchorage schools, and is now a drug of choice alongside alcohol and marijuana. But doctors say even the scientific community has only recently started investigating the harmful effects of the chemicals in spice.

“There really is just very little known about not only the effects of individual chemicals on the body, but the interactions that different chemicals might have with each other,” said Dr. Yuri Springer from the Alaska Department of Health and Social Services.

The danger of the drug, Carson said, is that few people understand how serious its side-effects are, which include seizures, aggressive behavior and — in rare circumstances — death. He says that’s concerning, as spice is frequently marketed as a marijuana alternative.

“In no way is it really synthetic marijuana,” said Carson.

The number of spice calls being received by first responders has gone down recently. But APD couldn’t say with certainty whether or not the situation is improving.

The meeting continues through Friday afternoon.