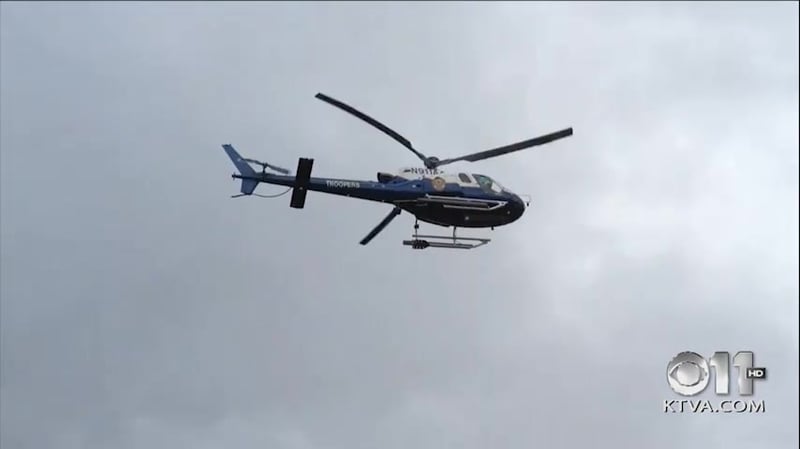 Two men were rescued by helicopter from a piece of floating ice in the Knik River Sunday afternoon, according to an online dispatch from the Alaska State Troopers.

The men, 47-year-old Ronald Eastham and 21-year-old Zachary Eastham, were stranded on the ice floe after the all-terrain vehicle they were riding reportedly fell into the water. The two men had been riding on the frozen river near the Knik Glacier, according to AST.

Troopers were notified around 3:18 p.m. Sunday that the men were stranded. AST Helo 3 found, and safely rescued, the Easthams around 4:30 p.m. Sunday.

No injuries were immediately reported as a result of the rescue.

The two men will not face any fines or citations as a result and will be responsible for recovery of the ATV, according to AST spokesperson Megan Peters.

This is a developing story, please check back for additional details.