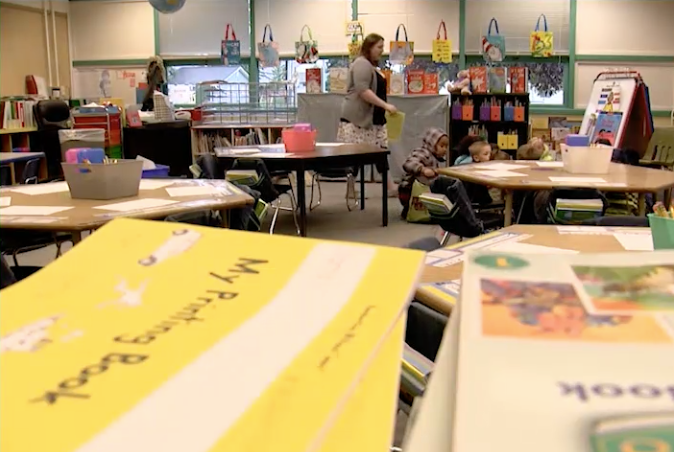 A 2015 audit of the Anchorage School District’s Special Education Program says ASD is doing a lot of things right, but there are some problem areas. The Council of Great City Schools’ report cites poor organization of ASD’s Special Ed program, missed opportunities for available Federal Medicaid funding and too many vacant critical staff positions.

But a group of mothers of students with disabilities, who serve on the Special Education Advisory Board, say the situation is worse than the picture painted by the audit and not including parents skews the results.

“The glaring fact about this is the individuals that they interviewed for this audit. There were very few parents,” said Starr Marsett.

Cassandra Stalzer added, “The District is allowing for 14 hours of public input into new text books that are being proposed for advanced placement history and there’s been no opportunity for public input that affects 14 percent of the entire school population.”

Parents say there is poor communication between the district and parents, that ASD staff members aren’t properly trained to recognize and help students with disabilities and special education students are often isolated.

“The audit points out that the likelihood that your kid will be educated in the neighborhood classroom is highly dependent on the principal and their feelings about having special education students in their schools, and as a District, we segregate kids into special schools at twice the national average,” said Stalzer.

Shelly Vuckovich says her granddaughter is having a great experience, but she knows other students haven’t.

“They cheer her success, and that’s what I want to see in all schools, the level of caring and acceptance,” Vuckovich said. “Because it just doesn’t benefit our children to be included. It benefits everyone’s child to see the difference, understand there’s a difference, but they’re still worthwhile and incredible people.”

Superintendent Ed Graff declined to speak with KTVA about the audit. He did say during the school board meeting that the District will try to collaborate more with parents as they work to improve the special education program.