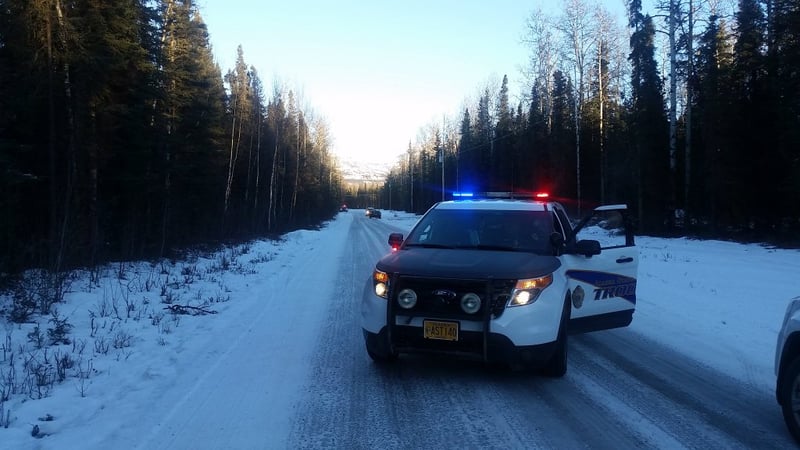 Alaska State Troopers say they have taken a juvenile suspect into custody in connection with the deaths of Renee and Dean Millard.

The juvenile was taken into custody at roughly 6 p.m. on Tuesday, troopers said in an online dispatch. Charges against them have been forwarded to the Division of Juvenile Justice.

No further information was immediately available, as “cases handled by the DJJ are confidential,” according to troopers.

The victims were identified as 40-year-old Renee Millard and her son, 10-year-old Dean Millard. Dean was a student at Tanaina Elementary School, and the school district issued this statement on the deaths:

I am writing to confirm to you that the student identified as a victim in the shooting investigation yesterday and today was a MSBSD student at Tanaina Elementary School. Any other information has been withheld at the request of the family for privacy.

Whenever any incident in the community impacts students and staff, MSBSD counseling staff are on hand at schools to offer assistance to all students, staff, and families. This has been the case with the incident reported from the Meadow Lakes community yesterday and today. Counselors will continue to be on hand for school communities as principals and District administrators deem necessary. The safety and well-being of students, staff members, visitors to our schools, and families are the number one priority of the MSBSD.

A GoFundMe page has been set up to support the family and has quickly raised more than $15,000.

Alaska State Troopers have identified the two people found dead in a Wasilla home Monday as 40-year-old Renee Millard and 10-year-old Dean Millard. Troopers confirmed they are mother and son.

According to an email from AST spokeswoman Megan Peters, troopers responded to a report of gunshots just before 8:30 Monday morning where they found both victims dead from apparent gunshot wounds.

Peters also disclosed that the original 911 call was made from inside the home by another “juvenile male.”

While the cause and circumstances are still under investigation, Peters said troopers don’t believe the community is in danger.

The Alaska Bureau of Investigation is taking over the investigation into the deaths, which have both been deemed as homicide. No suspects have been taken into custody, according to troopers.

Troopers said in a statement that two people were found dead in the home. Their names and the circumstances surrounding their deaths have not been released by troopers.

West Lakes Fire Department Battalion Chief Jim Keel told KTVA that crews were called to the residence around 8:15 a.m. Monday to respond to two shooting victims. He said the call was then changed to a code green because the situation was a “possible fatal.”

His crews were asked by troopers to stage at the fire station and never responded to the scene directly.

Mat-Su Borough representative Patty Sullivan said a dog was taken from the home by Animal Care and Regulation personnel and placed into protective custody following the discovery of the bodies. The dog was later released to an authorized person.

The home sits in a heavily wooded neighborhood between Wasilla and Meadow Lakes. A heavy police presence remained on scene late Monday morning. Troopers’ investigation into the incident is ongoing.