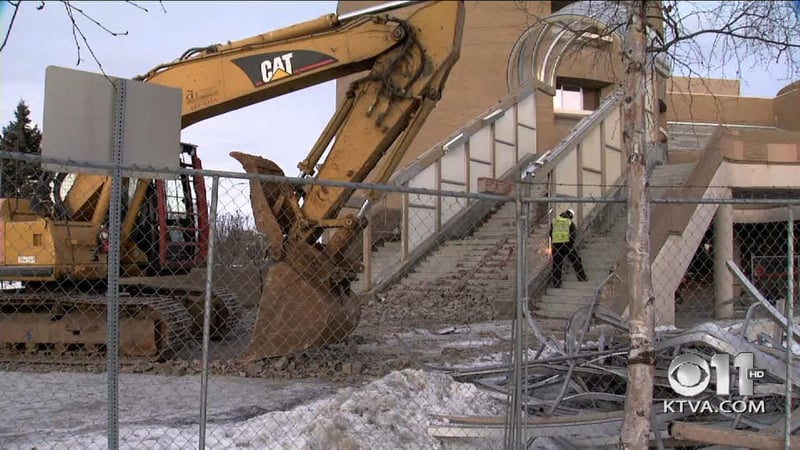 The steps at the Loussac Library are coming down. On Wednesday morning, crews began demolishing the concrete steps at the library as well as the steel and Plexiglass canopy that covered the staircase.

Library Director Mary Jo Torgeson said the demolition was welcome and a sign that the library’s grand remodel is progressing in a very visible way.

“For me, the steps epitomize the renovation,” Torgeson said. “We are very lucky to have a building of this size. It allows us many opportunities to be flexible and create other changes within the library, so to me, it’s symbolic.”

Torgeson said the steps could be gone as early as Thursday afternoon. Crews plan to start work next on the plaza that connects to the second floor entrance, which is no longer being used.

She said the entire project should be finished in the spring of 2017.