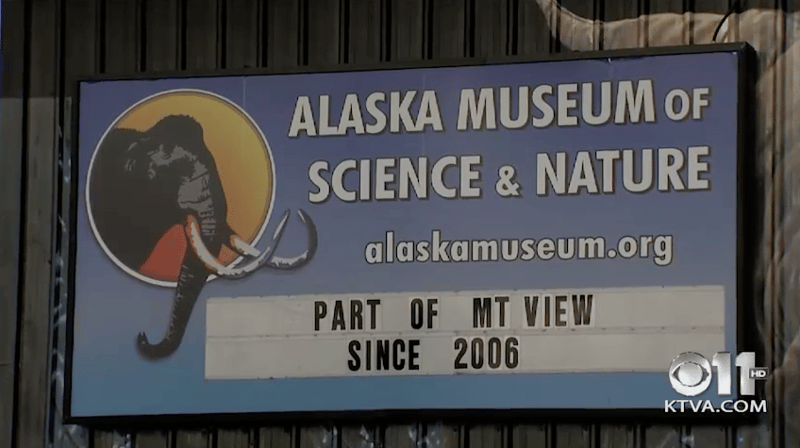 ANCHORAGE — A museum in Mountain View closed without any warning last week.

Thursday, the board of directors explained why. They also changed the sign outside of the Alaska Museum of Science and Nature. What used to have the non-profit’s hours of operation posted now reads, “Part of Mt. View since 2006.”

Board treasurer James Wileman said the Museum has never made money, in fact, they’ve been drawing out of savings to stay open, and it ran out faster than expected.

“We knew that we were getting close to this. We had hoped that we had some more ability to push through it. We did have some expenses come through on payroll taxes, things of that nature, that accelerated the process, said Wileman.

The board decided Thursday to offer pro-rated refunds to anyone who bought an annual pass in the last four months, and refund schools that pre-paid for field trips that were cancelled.

They’re using the last of their money to restructure so they can hopefully re-open in the future.