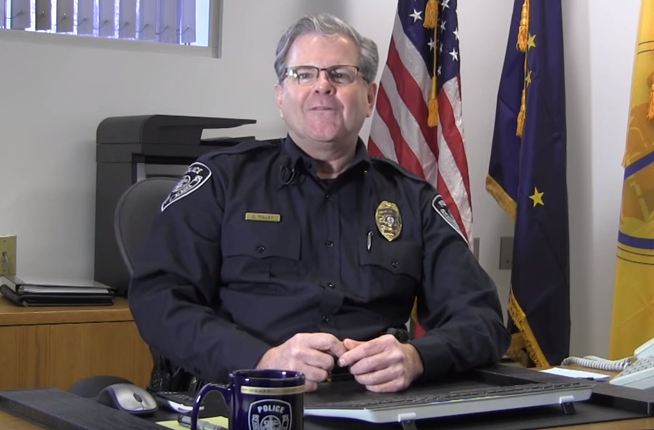 ANCHORAGE — The Anchorage Police Department has a new tool to boost its numbers. On Friday, Chief Chris Tolley announced via video that one of the three training academies hosted by APD this year will be exclusively open to people with Alaskan law enforcement experience.

Otherwise known as lateral recruiting, the training will last about two weeks, plus training in the field. Traditional academies last about six months.

“It’s important to know our standards haven’t been lowered in any way,” Tolley said.

Each officer applying has to be approved by the Alaska Police Standards Council (ASPC) to be eligible for the academy. That means officers with police departments in places like Fairbanks and Juneau, as well as Alaska State Troopers, qualify.

“They will spend less time in a classroom and we [will] get them right onto the streets in a relatively short period of time,” Tolley said.

Because the length of the academy is significantly shorter, the associated costs are much lower than those of a traditional academy. Sgt. Gerard Asselin, the president of the APD Employees Association, said that money will go toward the new officers’ paychecks, so they won’t have to take a cut when they become an Anchorage cop.

“Historically… we’ve had a hard time getting lateral officers because they would have to take a significant pay reduction,” Asselin said.

He said that incentive of competitive pay will help Chief Tolley reach his goal of filling each of the three academies with 28 trainees.

“Law enforcement, as a profession, is a commodity, really, Asselin said. “And right now, that commodity is hard to come by.”

Chief Tolley said other Alaska police departments have no need to feel threatened by APD.

“I’ve reached out to some of those leaders and let them know in advance that we will be doing it,” Tolley said. “They heard it from me as opposed to [it being] a surprise.”

The lateral academy begins May 23. Chief Tolley encouraged anyone interested to contact APD as soon as possible.