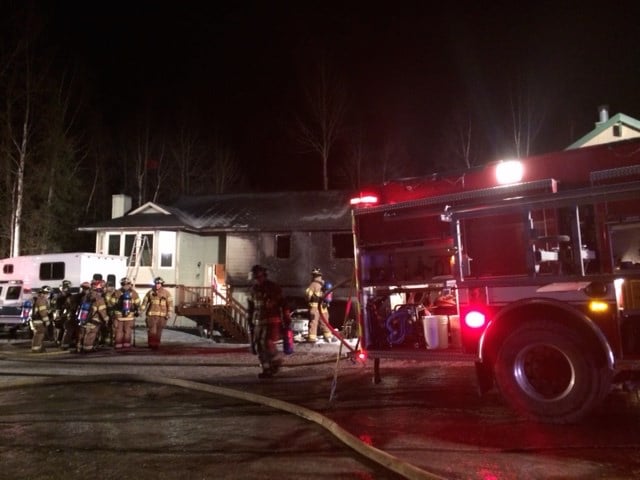 The Anchorage Fire Department received the call at 6:47 p.m., according to AFD spokesperson John See. The caller stated that they thought a person was trapped inside the house.

According to Anchorage Police, fire crews discovered the body of 57-year-old Anthony Fuentes inside the home’s garage shortly after arriving.

The fire appears to have started in the garage and spread to the house and attic, according to See.

“The garage had a lot of stuff in it and that makes it a little harder to put it out,” said Delbert Simineo, Paramedic Captain with Eagle River Fire Station 11. “Flames shooting out of the eves of the house, coming from the garage because of all the fire load that was in the garage. Everything in the garage is completely gone.”

Police on scene also told KTVA that neighbors heard explosions during the fire.

Editor’s Note: Officials originally reported that the home was on Cache Creek Cir. The story has been updated with the correct street location.