FRANKLYWNOW - Can I recycle that? Demystifying the rules for recycling in Anch

Can I recycle that? Demystifying the rules for recycling in Anchorage 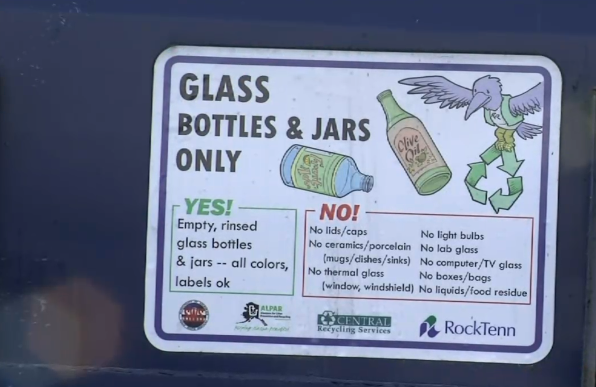 That’s because the prices paid for recyclable materials have reached their lowest numbers in a decade.

“There’s been a drop of about 46 percent in the price of metals,” explains Mary Fisher, Director of Alaskans for Litter Prevention and Recycling (ALPAR). “For the price of paper right now, it’s down about 60 percent from 2012 and for plastics it’s down about 70 percent.”

Fisher said despite the economic downturn, it still makes sense to recycle.

“These are commodity prices, what goes up must come down and what comes down will come up eventually, ” said Fisher.” “But it’s most important for people to recycle properly to keep the value as high as possible.”

Fisher said recycling properly means, on the most basic level, not putting things in the recycling bins that don’t belong there and making sure that you are sorting properly.

She said one of the biggest confusions people have is which plastic items are acceptable. In almost every case, if a plastic container has a screw top it’s acceptable. That includes bottles and jugs that are marked with a 1 or a 2, often on the bottom. Fisher said the confusion comes because many other plastic items that also have a 1 or 2 are not acceptable.

“There are 30 different plastic commodities,” said Fisher, “And Anchorage Recycling only accepts three kinds. Those are the kinds with the highest value.”

Plastic tubs that hold margarine or yogurt are not acceptable, nor are clam shells that hold fruit. Fisher said items that are recyclable often have a “neck” but they will always have a screw top. It’s a good way for consumers to know.

The rules for curbside recycling are different in that people can mix all their recyclable items in the same bin. Even so, Fisher said, the same types of plastic, cardboard,metal and paper are accepted.

She said the only difference is that plastic bags are accepted at the drop-off center, but they should never be put in a curbside bin. The only other item that people can bring to the drop off center that does not go in a curbside bin is glass.

The post Can I recycle that? Demystifying the rules for recycling in Anchorage appeared first on KTVA 11.