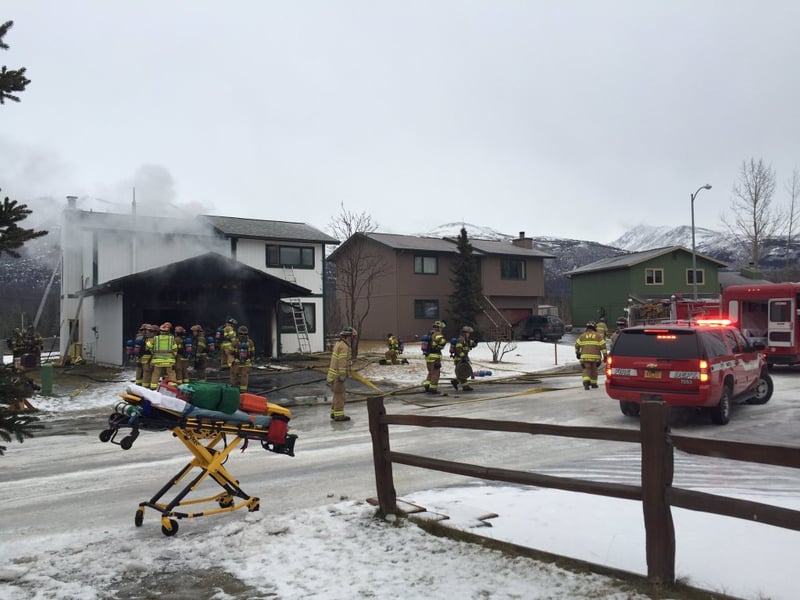 An Anchorage mail carrier is to thank for calling 911 and alerting a homeowner to a fire Wednesday morning, potentially saving his life.

Kermit Arroyo told KTVA that he heard three explosions and saw flames shooting from the residence. He called 911 and ran to the house to alert any potential occupants.

The homeowner confirmed with KTVA he heard Arroyo yelling and said he was on a CPAP machine — commonly used by individuals with sleep apnea — and was a little “out of it” when the explosions occurred.

The homeowner said he grabbed a fire extinguisher and ran toward the garage, where he could see smoke. He then apparently grabbed his cat and escaped unharmed.

Arroyo said he has worked for the United States Postal Service for 37 years.

Red Cross of Alaska was on scene and told KTVA they were evaluating the needs of the homeowner, but had yet to speak with him. They said he was as prepared as possible for a fire by having insurance coverage on the home and car. Policies typically include assistance for housing, if needed, they said.

AFD personnel told KTVA the garage and the car are a complete loss, but aside from minor smoke and water damage the home is largely intact. The explosions heard by bystanders are likely secondary and not the cause of the fire, which is still being investigated.

Red Cross is now on scene to assist the homeowner, whose garage caught fire this morning pic.twitter.com/GNkGGsCXxx

Emergency crews were called to a reported garage fire in East Anchorage around 9:43 a.m. Wednesday morning.

The first of 15 units called to the 1951 Early View Dr. location arrived at 9:44 a.m., according to Anchorage Fire Department spokesperson John See.

The fire was initially reported in the garage of the home, and as of 10 a.m., had been contained to that area.

“So far, it looks like it’s pretty well contained to the garage,” said See.

Crews are currently checking the attic space above the garage for additional fire damage.

All of the home’s occupants were able to escape without injury, See confirmed.