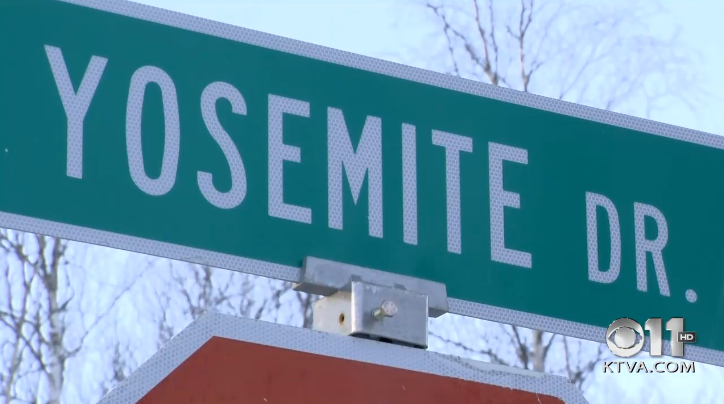 One two-lane road — Yosemite Drive — leads into and out of Eagle River High School and the Eagle Pointe subdivision.

During the morning and afternoon, traffic on the road can back up more than 1,000 feet. The road is about to be rebuilt, but the Chugach Birchwood Eagle River Rural Roads Service Area (CBERRRSA) says the plans will not totally fix the problem at hand.

The current proposal is to create two southbound lanes (heading away from campus) and one northbound lane (heading into campus), with a 1,000-footlong center median. CBERRRSA says the median should be replaced with a second northbound lane.

The project has been in the works for six years following a legal battle between CBERRRSA and the Anchorage School District. The Supreme Court of Alaska determined ASD was responsible for the road and its reconstruction. In 2014, ASD entered a contract with the municipality to oversee the planning and construction of the road. Since then, the municipality has been responsible for the project.

“This has just been a roller coaster of a ride for so long,” said Eagle River resident and former ASD school board member Crystal Kennedy. “It’s good to see [people] are putting the effort into finalizing some of the details so we can get this finished.”

CBERRRSA met Wednesday evening to discuss a resolution requesting Mayor Ethan Berkowitz or the Anchorage Assembly to direct the managers and designers of the Yosemite Drive Project and ensure the plan includes two northbound lanes before construction begins this summer.

CBERRRSA argues adding the second lane now will save the municipality money in the future while also relieving traffic congestion.

“If a car has an accident or a car has to stop because of mechanical reasons, the traffic flow on that road will stop completely,” said Vicente.

He said the municipality has budgeted $11 million for the project, although it will likely cost much less.