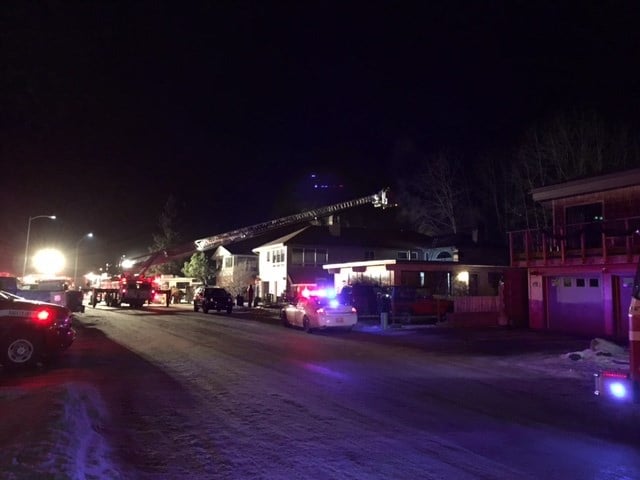 Emergency crews were called to the scene of a structure fire at 545 W. 19th Ave. in the Midtown neighborhood shortly before 7 p.m. Friday.

The fire apparently started in the chimney of a second floor fireplace, the homeowner told KTVA at the scene. He said most of the damage was contained to the roof and attic of his home.

All of the occupants of the two-story duplex were able to escape without injury. The residents of the home where the fire originated might be displaced this evening, while the adjacent residents have been cleared to return to their home.

The residence is part of a duplex, which butts up against Chester Creek on W. 19th Ave.

The owner also said the home’s chimney was allegedly cleaned in the summer of 2015. The Anchorage Fire Department is investigating the exact cause, according to officials on scene.

Most of the first responder crews had left the scene by 8:15 p.m.

No damage was reported to nearby homes.