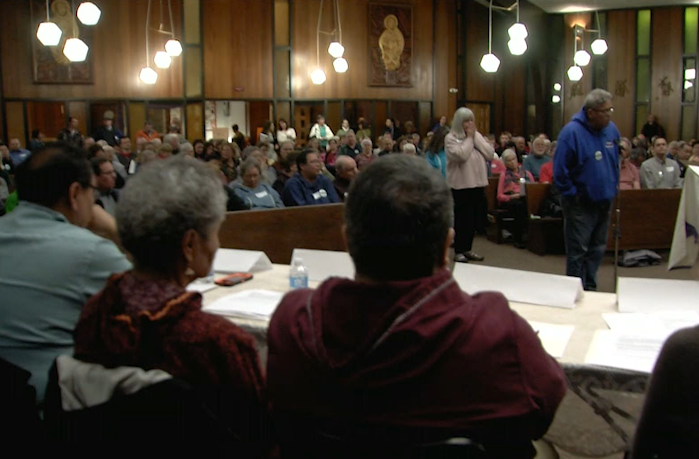 Detox is the first step to treatment for addicts, but access to detox beds is very limited in Anchorage.

State and municipal leaders were also in attendance. Mayor Ethan Berkowitz said this is a very personal issue in our community for addicts and survivors, like Laura Eben.

The 66-year-old says she lives a good life, but that wasn’t always the case.

“In my 30s, I started drinking heavily,” Eben said.

Childhood trauma manifested itself in alcohol addiction, and that addiction almost took her life.

“One of the times I desperately needed detox was when I was trying to drink beer with a straw because my hands were shaking so hard I could not hold a can of beer,” Eben said.

She went into detox, and at the threat of losing her children, agreed to treatment and sobriety.

AFACT research shows Eben is one of the lucky ones. The group explained the roadblocks that cause many addicts to stumble when trying to get treatment: There are only 14 beds for all of Anchorage and up to 90 calls a day for service. Plus, a lack of funding and little cooperation among service providers.

AFACT held a similar meeting almost exactly one year ago and member June Atuk says little has changed since then.

“The number of beds hasn’t changed and the access problem hasn’t changed,” she said. “We want people to have this service available when they’re ready for it.”

Mayor Berkowitz says the Municipality of Anchorage has taken a few steps to address treatment issues and homelessness.

“We have plans that we’re advancing rapidly to make sure we can have expansion out at Clitheroe [Center], we’ve added beds at Merrill Field Safe Harbor and we’ve done some small things to start to reverse the trend of doing nothing,” he said.

“It’s heartbreaking when you hear of somebody else dying on the streets, that they found somebody dead in a tent again,” she said. “Detox does save lives and I’m living proof.”