FRANKLYWNOW - Applying for a license: What marijuana businesses need to know

Applying for a license: What marijuana businesses need to know 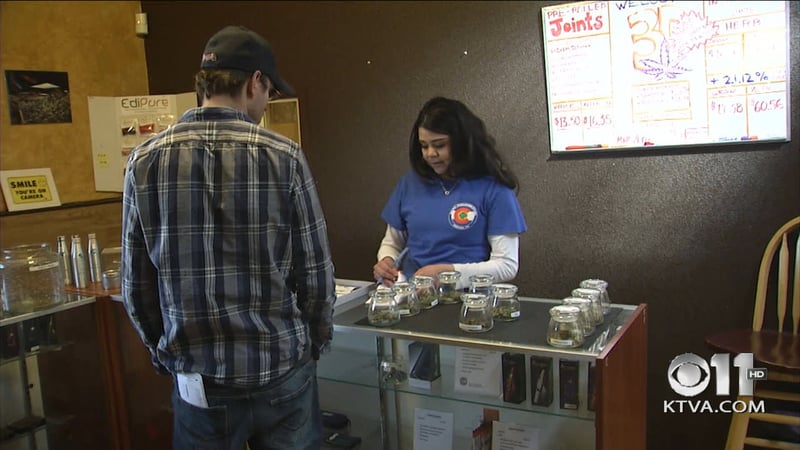 In just over a week, the state will start the marijuana business licensing process, but it will take more than you might realize to get one. The application process is long and complex.

“The first question in a marijuana application is where?” said Cynthia Franklin, the director of the Alcohol and Marijuana Control Office. “It’s not who is going to have the license, it’s where is the license going to be. They are premises-based licenses.”

Franklin said applications will be available on Feb. 24 and that people will only be able to apply online.

“If you don’t have Internet access, you can’t participate in the industry at that time,” Franklin said.

That’s because the state plans to use the Internet to track where marijuana is grown, processed and sold.

“It’s to ensure that no illegal marijuana is entering the system and going out through retail stores to consumers,” Franklin said.

Once started, a marijuana license application will take at least three weeks to complete.

Business hopefuls must give the public and neighbors adequate notice that they’re trying to get a license.

“You’re going to place an ad in a newspaper of general circulation and you are going to run that ad once a week for three weeks,” Franklin said.

After completing all the paperwork, local governments can protest an application and the marijuana control board doesn’t have to make a decision for 90 days.

There is no deadline for when applications are due and no cap on the number of licenses that will be issued by the state.

“It’s not a competition. It’s not a race,” Franklin said.

Still, the finish line for most is months away.

Franklin said Alaska’s first legal cultivation and testing facilities won’t be licensed until June 9, and the earliest retail stores could open is September.

The Alcohol and Marijuana Control Office will be conducting two training sessions covering the application process on Feb. 17 and 18. More information available here.

The post Applying for a license: What marijuana businesses need to know appeared first on KTVA 11.