New mapping doubles the miles of streams in the Mat-Su 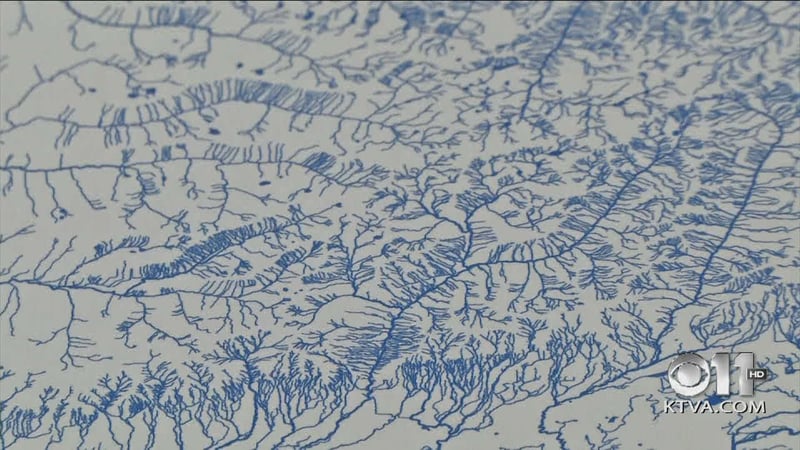 According to new data from scientists at the Nature Conservancy, the miles of streams in the Mat-Su watershed basin could wrap around the earth… twice.

“As a geographer, to have made this sort of discovery is astonishing for us. It’s very exciting,” said Jim DePasquale.

He said it initially started as a project on salmon habitats. Scientists found many of the maps were extremely out of date. The Nature Conservancy worked with nearly a dozen organizations to re-map the area over the past three years.

The results were condensed into a detailed hydrographic map.

“We were able to pick up a great number of streams and number of detail in the upper elevations of the Talkeetna Mountains,” DePasquale explained.

Some of the streams were small enough to step over; others were shallow, like parts of the Matanuska River. DePasquale said each plays an important role in salmon conservation.

“Having an accurate and detailed map of a community’s hydrographic and freshwater resources is integral for community planning, residential planning, development, emergency response,” he said.

The Matanuska River provides a vital habitat for salmon. It also snakes through one of the fastest growing regions in Alaska.

DePasquale said The Nature Conservancy believes the area could be “one of the first places where humans and salmon thrive together compatibly.”

The post New mapping doubles the miles of streams in the Mat-Su appeared first on KTVA 11.