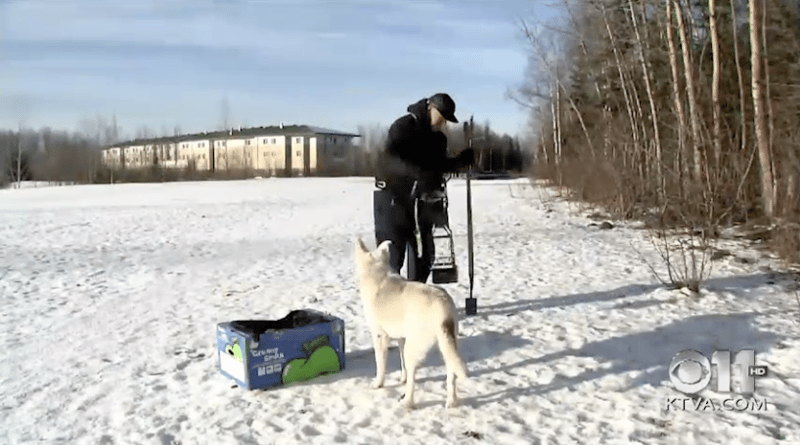 It’s a job most people wouldn’t want to volunteer for, but one Anchorage man has been doing it for years.

Nearly every day — and sometimes twice a day — Clair Dalton has been hitting the trails at University Lake and cleaning up the dog poop people leave behind.

Dalton does it because he loves the lake and enjoys seeing the surrounding trails when they’re clean.

“When you walk and you see a whole bunch of droppings, [you think] ‘why should I pick it up, nobody else is?'” said Dalton. “But if it’s relatively clean then there’s more of a reason for people to pick up.”

Dalton is the kind of guy who carries treats for all the dogs he meets and enjoys greeting their human owners. He said cleaning up has become a habit that gets him outdoors on a regular basis. For the most part, he doesn’t mind doing the dirty work but it can be frustrating when he sees people deliberately look away.

“I used to say, ‘do you need a bag?’ I don’t do that anymore,” said Dalton. “I hold out a bag and say, do you want me to pick that up for you? It’s amazing the look of embarrassment on people’s faces.”

Dalton said the problem seems to be worse in the winter than in summer, when more people are inclined to pick-up. But he also added that most people do the responsible thing and clean-up after their pets year-round.