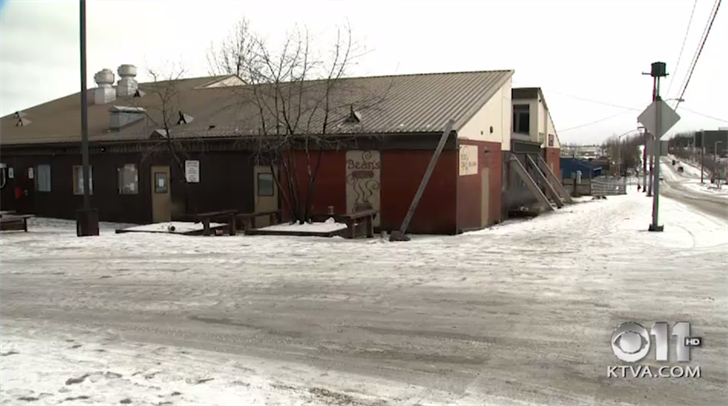 Wednesday night, staff and clients of Brother Francis Shelter were using the dining area of Bean’s Cafe as an “overflow” space because the shelter had run out of room. The executive director of Catholic Social Services – which oversees Brother Francis – said the adjacent organizations often share space when needed.

At some point Wednesday evening, a man suffered a serious cut. Aquino said it is unclear whether or not it was self-inflicted. She said a staff member of Brother Francis “tried to clean up with [a] mop and some bleach, but they didn’t let us know.”

The incident was not reported until late Thursday. Aquino said the employee was terminated.

“This is the first time anything like this has happened. I really think of it as an anomaly,” Aquino said. “Unfortunately, our staff member just really failed.”

An environmental expert is going to Bean’s Cafe Monday to evaluate the situation, according to Lisa Sauder, the soup kitchen’s executive director. She said it’s unclear how soon they will be able to reopen.

“We have to be sure we can provide a 100-percent safe environment,” Sauder said. “We serve a very vulnerable population and we’re very cognizant of that.”

While Bean’s Cafe is closed, food and shelter is being offered at the Brother Francis Shelter.

“We’re very anxious to get back to our main mission of providing that safe, warm day-shelter and meals for the homeless,” Sauder said.

Paramedics took the injured man to the emergency room. Aquino said Catholic Social Services does not know his condition and are currently trying to locate him.