FRANKLYWNOW - Missing soldier’s brother: He had training, enjoyed going on out 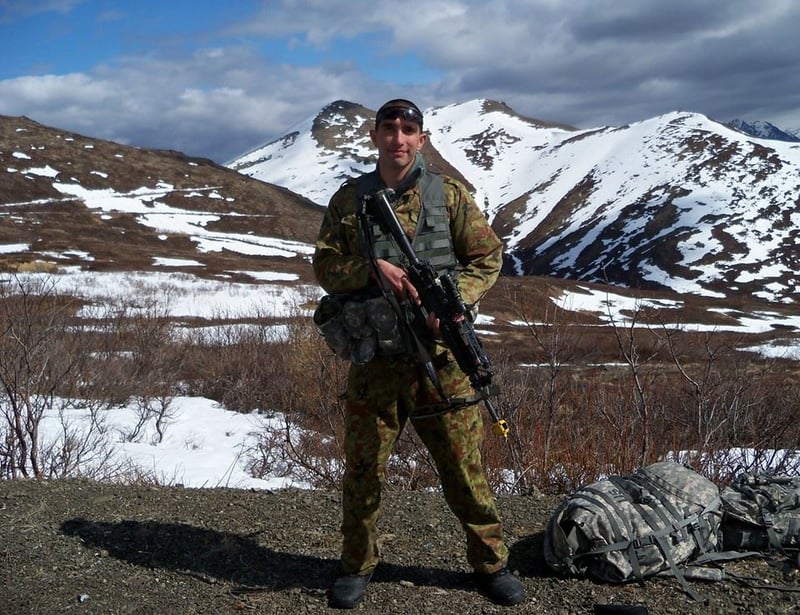 Nephi Soper during a training exercise in Alaska

The family of a missing Alaska National Guardsman has started fundraising in order to come to Alaska following the news the official search had been called off on Wednesday.

Nephi Soper, 26, was last seen on Thursday when he was dropped off at the Prospect Heights trailhead by a taxi. Before heading out on a hike through the Chugach Mountains, he left a detailed outline of his planned route with his unit. However, after not hearing from him for 24 hours, AKNG officials reported him missing to Alaska State Troopers.

His brother, Noah Soper, said he found out about his disappearance on Facebook two days after he was last seen. He said he told his family the news, and that no one had called them.

He said his brother had been trained in wilderness survival and loved to hike and go on “adventures.”

“[He was] a very free spirited, independent, adventurous person,” Noah Soper said in an interview. “Kind of a loner but he prefers it that way. Always out on adventures since we were kids. We used to go to the local state park and camp out.”

Noah Soper said his brother was extremely fit, and “hiking is what he lives and breathes to do.”

“He loves to take pictures of various animals he finds along the way,” he said. “And he would plan out his what he called “missions” on notebook paper, things he would like to go do and see…an avid outdoorsman.”

Nephi Soper has served in the military for eight years, according to his brother. Originally from Kansas City, Mo., where the rest of his family lives, he joined the Missouri National Guard before coming to Alaska in 2012. His time in the military gave him plenty of training for surviving in the wilderness, his brother said.

“With the Missouri National Guard, he did a tour in Japan for a couple months in the dead of winter,” Noah Soper said. “And with the Alaska guard, he was in the long range reconnaissance and surveillance battalion and had received wilderness survival training with them.”

Nephi Soper’s family is planning to come to Anchorage in March, Noah Soper said. They have set up a GoFundMe account to cover their expenses on the trip. He said they will not be conducting a search for him themselves, “as we might be the ones looking for rescue as well.” The Sopers will instead be collecting his personal belongings from his home and putting them in storage for the time being.

“We’re all very worried, and we know it will be hard to go see where he lives and see all of his stuff with no trace of him,” Noah Soper explained. “Very hard. It is a very traumatic time in our lives.”

Noah Soper said their family has received a “tremendous” amount of support from Alaskans and those who knew him in Missouri.

“From people we don’t even know,” he said. “He used to work here at the local Walmart in Oak Grove, Mo., and I had walked in there today and about six people stopped me asking about him. And National Guardsmen from his unit [there] that he was assigned to have also shared their thoughts. Locals have messaged me listening to the police scanners giving us updates… the outpouring of support from that community has been tremendous and we can’t thank them enough.”