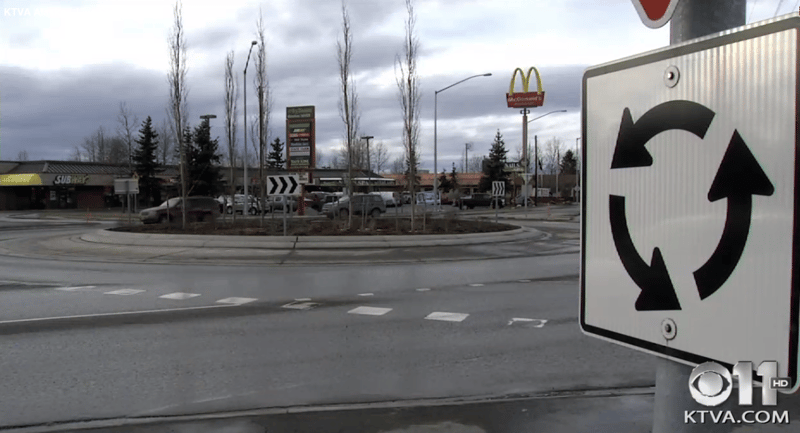 More roundabouts are headed to the Mat-Su.

Engineer Mike Campfield said the Mat-Su Borough Capital Projects Department is working with the Alaska Department of Transportation to construct two new roundabouts this summer: One at Trunk Road and the Parks Highway, the other at Big Lake Road and North Shore Drive.

“They’re good for a lot of the borough facilities because we don’t have those high volume roads like the highways,” Campfield explained.

The addition of the two will bring the Mat-Su’s roundabout count to 10 in just five years.

“If you’re not used to them, don’t be scared. Take them slow,” Campfield advised.

In 2000, Alaska didn’t have any roundabouts; now there are more than a dozen.

DOT said engineers have learned a lot since roundabouts were first installed. The two at Dowling and New Seward were finished in 2004, some of the first in Anchorage. Regional Traffic Engineer Scott Thomas said those were built too small.

“We were caught between the property in the area and big utilities. As we rebuild the intersection we’ll have more room to work,” Thomas said.

Designs are in the works to widen the area and make the truck islands bigger to accommodate semis more easily.

“The main benefit is they reduce injury crashes and serious crashes are almost non-existent” he said.

Thomas said once you get used to driving through roundabouts they’re easy to navigate. He said there’s one important rule to remember. “Drivers should always yield before entering. People in the roundabout have the right-of-way.”