FRANKLYWNOW - It’s here: Are you ready for Fur Rondy?

It’s here: Are you ready for Fur Rondy? 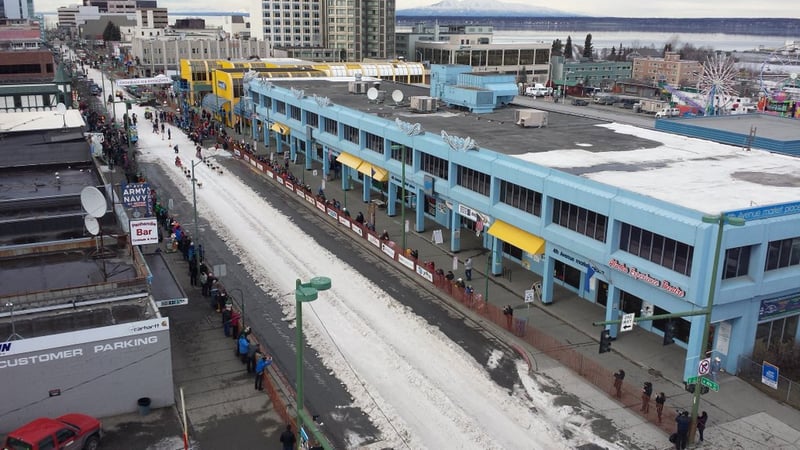 The festival began in the 1930s, even before the Iditarod. During the cold, dark winters people needed a social outlet.

Vern Johnson and his friends obliged. Rondy started as a sports contest in 1935 with skiing, hockey, basketball, boxing and a kids’ sled dog race down 4th Avenue.

Today, much has changed — and yet many things about Fur Rondy are the same.

In 1950, the Blanket Toss joined the list of events. A traditional event, Alaskans flew to Anchorage from all over the state to compete. The 2016 Blanket Toss will be Saturday, Feb. 27.

The 10-day festival now includes many events — including crowd pleasers like the outhouse races and the Running of the Reindeer.

However, many people are worried the lack of snow will signal the end of Fur Rondy. Jeff Barney, executive director of Fur Rendezvous, said most of the events will go on as planned, but not all.

The World Championship Outdoor Hockey tournament has been cancelled, but the Last Frontier Pond Hockey Classic is still on at Goose Lake.

The Snowshoe Softball Tournament has been changed to just boots, no snowshoes.

The Big Fat World Record Attempt is still on.

Organizers say they’re confident they have enough snow for all of the events downtown. The snow will be picked up and put back for Iditarod.

Mother Nature may have tried to foil the plans, but Rondy and the Alaska spirit live on.

The post It’s here: Are you ready for Fur Rondy? appeared first on KTVA 11.