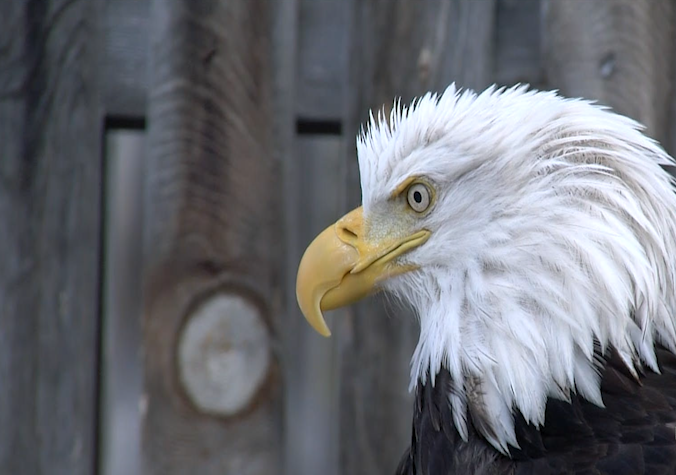 A nonprofit that helps rehabilitate injured birds has hit a snag in its plans to expand.

The Bird Treatment and Learning Center wants to move its flight pens off of the JBER military base, where they’ve been for the last 25 years, and rebuild the pens on their property overlooking Potter Marsh.

The project was supposed to start as early as this spring according to Dave Dorsey, a longtime Bird TLC volunteer. Dorsey said a nearby eagle’s nest at the property is presenting a hold-up. Turns out, there’s a U.S. Fish and Wildlife regulation stating construction can’t occur close to an active nest. Dorsey suspects the nest in question belongs to a bird the nonprofit has seen before.

“Who knows, we’ve released a lot of eagles from this location over the years and it might be one of the ones we’ve released that’s holding us up,” Dorsey said.

He said the organization could ask Fish and Wildlife for an exemption so the project can get started earlier rather than later, but in the end, decided not to.

“The reason why we are in business, if you want to call it that, is to take care of these birds and protect these birds,” said Dorsey. “So why would we want to say, ‘except this time’?”

Dorsey said the base hasn’t asked the organization to leave and he’s not aware of any time limit on how long the pens can stay there. He’s hopeful the move could happen when any birds are sure to be out of the nest, possibly in late August.