FRANKLYWNOW - Dog reunited with owner after chasing off armed intruder

Dog reunited with owner after chasing off armed intruder 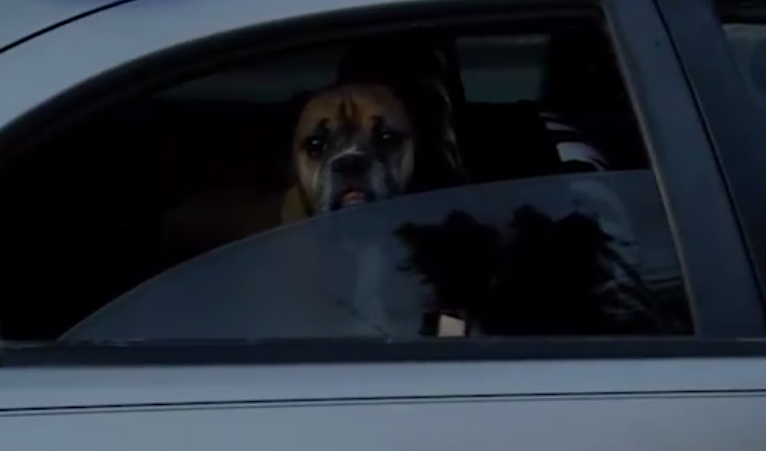 Home safe and sound, a Mat-Su Valley dog is being called a hero after chasing an armed intruder from a Houston home on Tuesday Morning.

It happened just off the Parks Highway on King Arthur Drive. Patty Frost said her fiancé woke up around 6:30 in the morning and found the back door wide open.

She said her daughter’s 9-year-old boxer Darian bolted after a dark figure that was running away. The intruder fired three shots and Frost expected to find the dog dead in the back yard, but all they found were empty shell casings.

After spreading the word on Facebook and organizing search parties, the dog was was brought home safely.

“Everyone has been calling him a hero and he deserves it. I know he would save anyone,” Darian’s owner Kayla Thompson said.

Alaska State Troopers said this was the fourth burglary to happen in the Houston area since February.

The dog’s owner pulled up during our live TV broadcast Wednesday to announce that she had found Darian alive and well.

Missing hero dog foundA sense of relief every dog owner can relate to… As Shannon Ballard – KTVA was reporting on the missing dog’s heroic actions in driving away a would-be burglar, the owner arrived, having just found her boxer safe and sound!Full story: http://bit.ly/1SjT11e

The post Dog reunited with owner after chasing off armed intruder appeared first on KTVA 11.