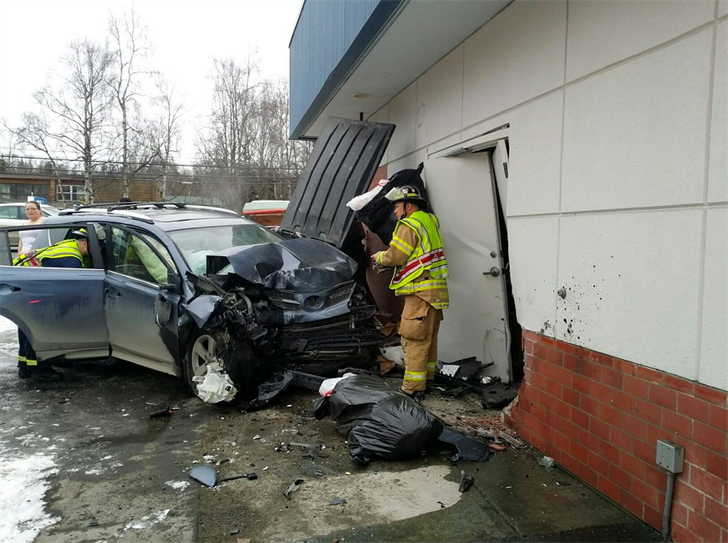 A black sedan crashed into the Fashion City store near the corner of Boniface Parkway and Northern Lights Boulevard Monday afternoon.

The crash occurred at 4:44 p.m., according to Anchorage police spokeswoman Renee Oistad.

The driver suffered a medical emergency, causing him to crash into a dumpster and then the building, seriously damaging two metal doors.

Medical personnel transported the driver to the hospital, according to Oistad. His condition was not immediately available.

No one else was injured during the crash, Oistad said. She said there was no information on the cost of damages to the vehicle or building.

This is a developing story, please check back for updates. KTVA 11’s Daniella Rivera contributed to this report.