FRANKLYWNOW - One of the few: Living with hemophilia in Alaska

One of the few: Living with hemophilia in Alaska 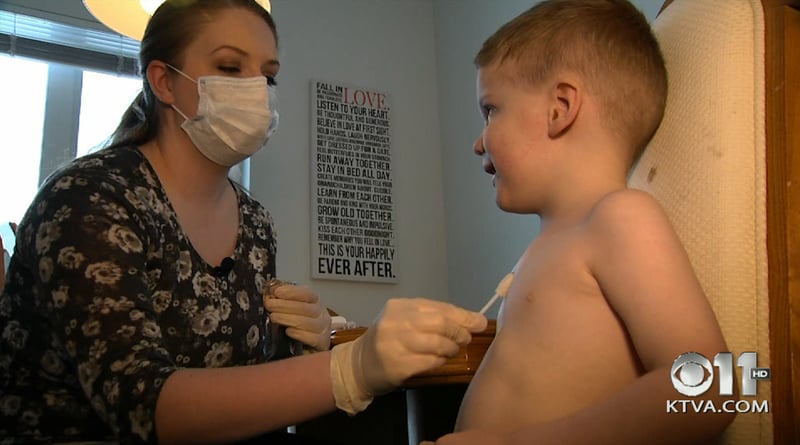 Porter Bailey is one of those Alaskans with hemophilia. Porter is an active three-year-old who enjoys soccer and playing with his little sister. Porter’s parents said they want their son to lead a normal life, but sometimes they can’t help but worry.

“In his first two years he was in the hospital at least ten times,” said Porter’s mom, Callie Bailey.

Bailey said Porter’s condition was diagnosed when he was just a baby. She explained that he was born with two teeth and their pediatrician recommended pulling them. After the teeth were removed, she said her son bled for days.

“He kept bleeding and bleeding,” Bailey said. “His clothes were soaked with blood, his sheets were completely soaked.”

Bailey said even though her father has hemophilia, the diagnosis was a surprise.

“In his day, he was told the gene ended with him, he couldn’t pass it on,” Bailey explained.

She’s since learned she’s a carrier and it’s possible her one-year-old daughter is as well. The condition primarily affects boys however. In Porter’s case, he needs medical infusions three times a week to boost the enzyme he lacks that causes blood to clot. He also gets treatment at Providence Hospital, which has the only bleeding disorder clinic in the state.

Porter’s family knows their son has a lifelong condition but their hope is that, with proper care, it won’t slow him down.

The post One of the few: Living with hemophilia in Alaska appeared first on KTVA 11.