FRANKLYWNOW - UPDATE: Vehicle that caught on fire was part of recall

UPDATE: Vehicle that caught on fire was part of recall 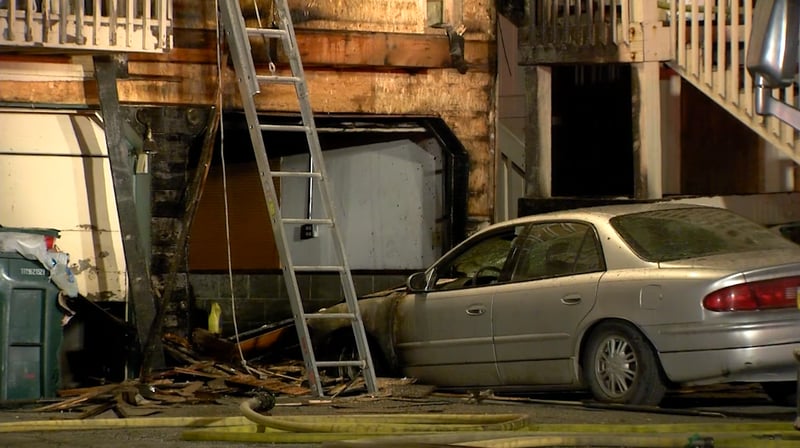 The fire was reported at 8:03 p.m., according to fire officials.

Thirteen fire units responded to the scene and were able to get the fire under control by 8:28 p.m., according to a fire department dispatcher.

Fire officials said the fire charred the outside of the building but didn’t move inside. The residences inside the building, however, were damaged by smoke.

“If it had been parked inside one of the attached garages, the damage could have been much more extensive,” said Anchorage Fire Department Capt. Steve Barenburg. “As it was, it caused about $100,000.00 in damage to the outside of the structure.”

Fire officials issued a statement reminding vehicle owners “to pay close attention to recall notices, especially those that have resulted in fires, such as this one.” The recall number of 15V701000 from General Motors applies to the following vehicles, including the one involved in Monday’s fire:

GM officials stated the problem stems from engine oil dripping “onto the hot surface of the exhaust manifold” which “may result in a fire.”

Fire crews reported not hearing any smoke alarms going off when they arrived, but it was unclear if they were malfunctioning or not installed.

The Red Cross of Alaska responded to the scene and is assisting those affected by the fire.

The post UPDATE: Vehicle that caught on fire was part of recall appeared first on KTVA 11.